One million doses of the anti-malaria drug hydroxychloroquine are available to Florida hospitals, but not every medical professional is sure this is the right one for this crisis.

ALTAMONTE SPRINGS, fla. - They are the two drugs that have become the center of a political and medical debate as doctors work to treat COVID-19 patients: chloroquine and hydroxychloroquine.

The drugs quickly got attention after President Donald Trump began name-dropping them in briefings on the pandemic crisis. The hype only continued this week as Florida Governor Ron DeSantis made hydroxychloroquine the centerpiece of one of his daily briefings on COVID-19.

"We want to obviously give patients all the opportunity to have a recovery,” said DeSantis, who had two doctors speak during the briefing as to the observations on the drug so far.

The drugs have been long used in the prevention and treatment of malaria and in the treatment of rheumatoid arthritis and lupus. As COVID-19 has spread across the globe, many doctors have tried them instead as a treatment for the new illness after reports of success surfaced in other countries.

"Hydroxychloroquine prevents the virus from binding to the hemoglobin which causes the oxygen to plummet and desaturate, and it prevents the iron from getting released from the hemoglobin molecule and causing damage in the lungs,” said Melbourne Family Dr. Stephanie Haridopolos. 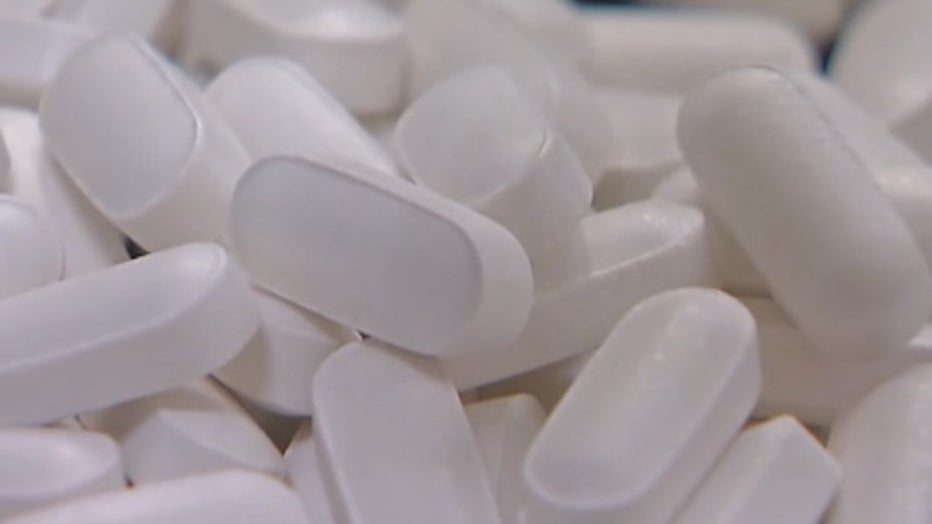 In other words, Orlando Dr. Jason Littleton says it’s an immune suppressant, and he says COVID-19 causes an overreaction in the immune system that leads to inflammation and a lot of the illness’s really bad symptoms.

"We want to obviously give patients all the opportunity to have a recovery,"

So, he says the drugs have become one of the few showing strong signs as a treatment for the illness. The Food and Drug Administration last week authorized emergency use of the drugs to treat severely ill COVID-19 patients already in the hospital, but the organization has not given the treatment full approval in treatment of COVID-19.

That’s where a lot of the controversy comes in.

Generally, drugs undergo extensive scientific testing on illnesses before they are approved for wide-spread treatment.

"We don't have randomized control studies to provide data on this yet,” said Dr. Littleton.

Littleton said at this point Hydroxychloroquine’s effectiveness is anecdotal or based on limited studies in test tubes; not in humans.

He says that can be concerning when, like most drugs out there, these ones have their side-effects.

Littleton said Hydroxychloroquine can cause the side effects of headache with chest pain, slow heart rate, dizziness, fatigue, skin rash or itching, hair loss, fatigue, numbness/tingling, muscle weakness.  It can suppresses the immune system.  He says it can cause nausea, vomiting, ear ringing, stomach pain, nervousness/irritability, weight loss or weight gain when used with doxycycline (an antibiotic).

"Retinal toxicity, so that's damage to the eye and that's very concerning for people because it can be irreversible,” said Dr. Littleton.

One major study into the treatment has also come into question already.

This week, the Centers for Disease Control and Prevention also edited their guidance on the drugs on their website. Where it once included some dosing advice for the drugs, the site now simply lists them as possible therapeutic options that are currently in clinical trials.

However, despite the controversy many doctors aren’t turning away from the drugs in the fight against COVID-19, rather embracing it cautiously.

"We don't have time for evidence-based, randomized control trials because people are dying,” said Haridopolos.

Haridopolos adds that right now, in the middle of a pandemic, getting those kinds of studies done isn’t really likely.

“Who would sign up to possibly be a placebo if they have it, she said. “It’s almost unethical right now to give someone a placebo because there’s a good chance they could pass away and their lungs could decompensate.”

Dr. Littleton said he too isn’t turning away from Hydroxychloroquine as an option at this point.

"This is something that I'm totally willing to consider, and I think every doctor has to have peace with that decision, every doctor has to explain the risks and benefits with their patients, and every patient has to understand the risk and the benefits,” said Littleton.

However, both doctors urge that the drug only be used under doctor supervision and advice. Littleton adds that it should only be used by a patient already confirmed to have COVID-19 who is experiencing moderate to severe effects, and even then only for a short period of time.