Deputies say a couple fighting over disciplining a child led to the husband stabbing his wife to death and then himself in an apparent murder-suicide at a Deltona home. Three children who were home at the time were not hurt, officials said.

DELTONA, Fla. - Deputies say a couple fighting over disciplining a child led to the husband stabbing his wife to death and then himself in an apparent murder-suicide at a Deltona home. Three children who were home at the time were not hurt, officials said.

During a news conference on Tuesday, Volusia County Sheriff Mike Chitwood said deputies arrived at the home on Monday night and said a neighbor told them the victim's 10-year-old son said his mom and dad were having a fight and that the husband stabbed her.

The neighbor reportedly went into the home and found the woman dead on the floor of the bedroom. The man was in grave condition with stab wounds to his neck. He was taken to the hospital where he died.

The sheriff's office said the couple were fighting over disciplining of the middle child. At some point during the fight, the man started stabbing his wife multiple times. She was pronounced dead at the scene.

The husband was identified as Oscar Salazar, who is a resident alien from Mexico, the sheriff's office said. Sheriff Chitwood said he is the father of two of the woman's children. The 10-year-old child is from a previous marriage. 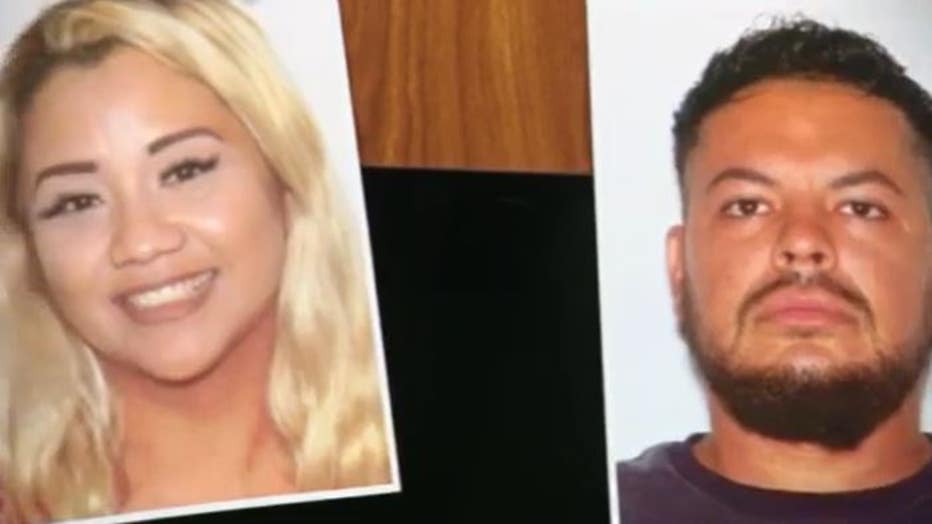 "This is really, really a heartbreaking story," Sheriff Chitwood said. "You have three little kids involved here – a 10-year-old, a 5-year-old, and a 2-year-old who don't have their mother anymore."

Sheriff Chitwood explained that Salazar had ID with the name of a man whose car and ID was reportedly stolen in Texas years ago. Based on evidence found, Chitwood says it appears that Salazar came into the country illegally and stole the identity of the man in Texas.

"What we find out is Alberto Garcia – that's identity theft," he said. "Somewhere along the line, Oscar Salazar came into the country illegally and got this guy's identification cloned."

As deputies do more research, they find the younger children's birth certificates which lists the name Oscar Salazar as the father.

The sheriff's office said Salazar was arrested twice in Orlando in 2016 for domestic abuse – one case involved battery on a pregnant woman – before moving to Deltona.