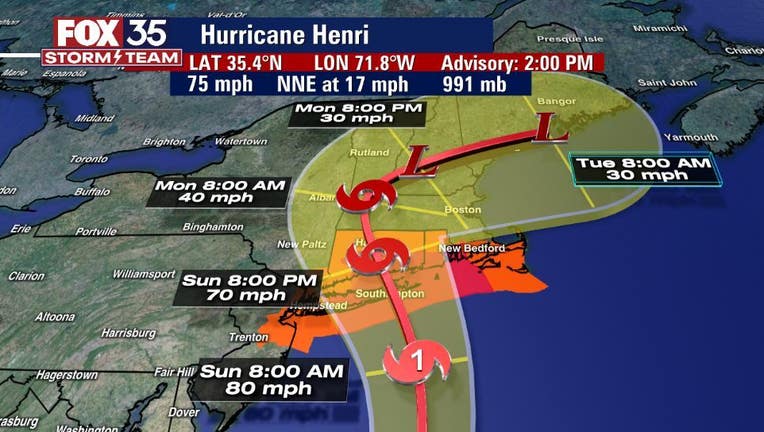 ORLANDO, Fla. - Hurricane Henri is moving faster as the Category 1 storm makes its way to the northeastern U.S. states. Meanwhile, Grace, now a tropical storm, is weakening rapidly after making a second landfall in Mexico.

Henri strengthened into a hurricane on Saturday. Dangerous storm surge, hurricane conditions, and flooding rainfall are expected in portions of the northeast United States beginning late tonight or early Sunday.

Maximum sustained winds are at 75 mph.

While Florida won't see any direct impacts from Henri, we will see some indirect impacts with dangerous rip currents at area beaches. 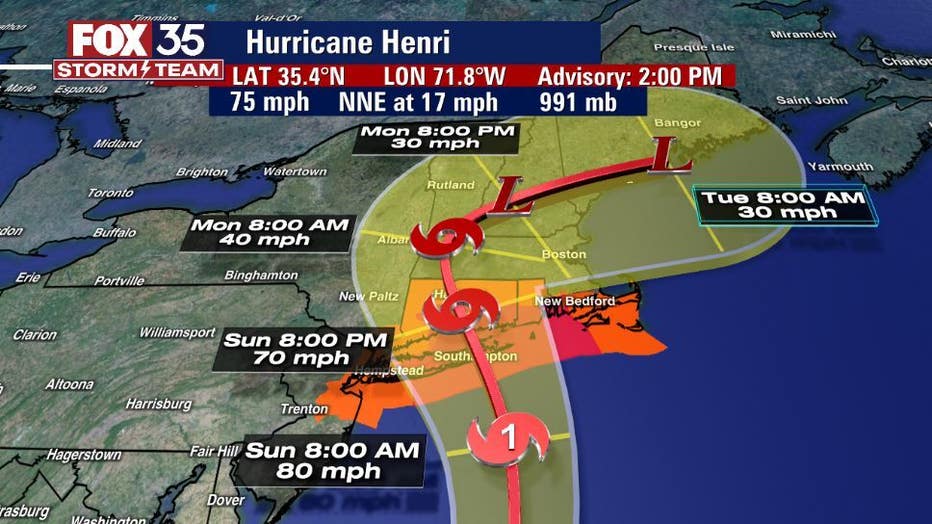 The National Hurricane Center (NHC) said Saturday that Grace has weakened to a tropical storm with 45 mph winds.

"The center will move over central and west-centralMexico through tonight. Maximum sustained winds have decreased to near 45 mph with higher gusts.  Continued rapid weakening is expected while thesystem moves over the mountains of central and west-central Mexicotoday and tonight, and Grace is forecast to weaken to a tropicaldepression later today and dissipate by early Sunday."

A tropical wave near the Cabo Verde Islands has a 20 percent of development over the next 5 days. The FOX 35 Storm Team will be tracking it.