A Dallas jury unanimously found Yaser Said guilty of killing his two teen daughters on Tuesday. He was sentenced Said to life in prison without the possibility of parole.

It took jurors about three hours to convict Said for the deaths of his daughters Amina and Sarah in 2008.

Judge Chika Anyiam sentenced Said to life in prison without the possibility of parole.

Said showed no emotion as the verdict was read.

Yaser Said was sentenced to life in prison without parole for the murder of his two daughters Amina and Sarah Said in 2008.

Before Said was taken away, he heard two victim impact statements. One of them from his ex-wife, Patricia Owens. She held up pictures of her dead daughters. 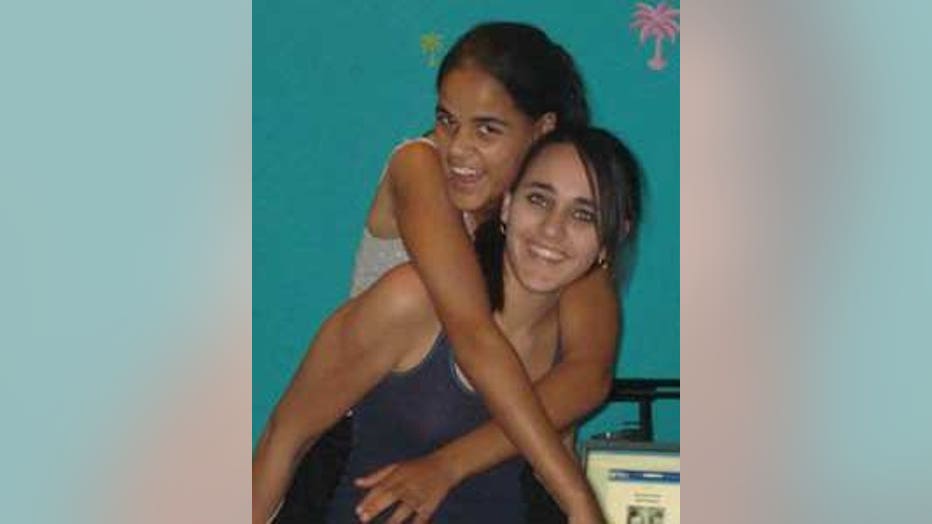 At one point, Owens looked directly at Said and reminded him of all of the abuse they endured, allegedly having a knife pulled on her.

Owens said Said made her a weak woman but that those days are over.

Mother of Sarah and Amina Said calls Yaser Said 'the devil' after a Dallas jury found him guilty.

"Yaser Said, you're a devil. You murdered your girls," she said. "I hope somebody gets their hands on you and hurt you and do everything you ever did to anybody. That's counting the nine bullets you put in Sarah. Nine. And she called 911. Amina two bullets in the heart."

Owens called him "the devil" and said he deserved a punishment much tougher than life in prison.

"You deserve to die now, not in prison. You took my life. You took my family all in one night," she said. "You can keep those evil eyes glaring — just glare away — because this is going to be the last time that you see me."

Lead Prosecutor Lauren Black called Said a true narcissist who believed he was smarter than everybody else.

"It's been an honor and privilege to stand up and be an advocate for Sarah. I've been thinking about them the last two weeks every morning when I wake up and close my eyes," she said. "So it was relieving to get guilty verdict and get justice for these girls."

Prosecutors said Said, a native of Egypt, was angry that his daughters were dating and that the boys were not Muslim. They claim in a 911 call from the night of the murders, Sarah said her father was attacking her.

They also presented an email from the girls to one of their teachers prior to the murder saying they feared their father would kill them.

Yaser Said is accused of killing his two daughters in 2008. Prosecutors say a 911 call from the night of the murders proves that Said is guilty.

The defense argued that the 911 call is not clear and that Said was targeted by investigators because he is a Muslim.

In a surprise move, Said testified on Monday. He tried to claim someone else murdered them and that the night his daughters were killed someone was following them. He says he "feared for his life" and left the girls in the cab alive as he ran away.

However, Said never called 911. Instead, he hid for 12 years until the FBI found him in a relative’s home in Denton County.

Said tried to blame the FBI for not searching for an unknown person, he said, was the real killer.

They also raised concerns about what they considered a lack of evidence, including the lack of fingerprints and eyewitness reports the place Said at the crime scene.

The defense also criticized Irving Police and federal investigators, claiming they did not properly investigate the case or look for other suspects.

"Justice would have been the Irving Police Department doing their job," defense attorney Joe Patton said during closing arguments.

Yaser Said is accused of killing his two teenage daughters Amina and Sarah in 2008. His defense team raised concerns about what they considered a lack of evidence during closing arguments.

Black said she was glad Said took the witness stand, giving her the chance to poke holes in his story, exposing him to everyone who has been watching this case.

Prosecutors did not seek the death penalty, so Said was automatically sentenced to life in prison with no parole.

Said's defense attorney said he will be filing a notice to appeal.