Pieces of roofs were ripped off at a Daytona Beach flea market and thrown near Interstate 95 due to severe weather.

DAYTONA BEACH, Fla. - Vendors at the Daytona Flea and Farmer’s Market spent the day cleaning up instead of selling off goods Sunday after heavy winds blew through the area. 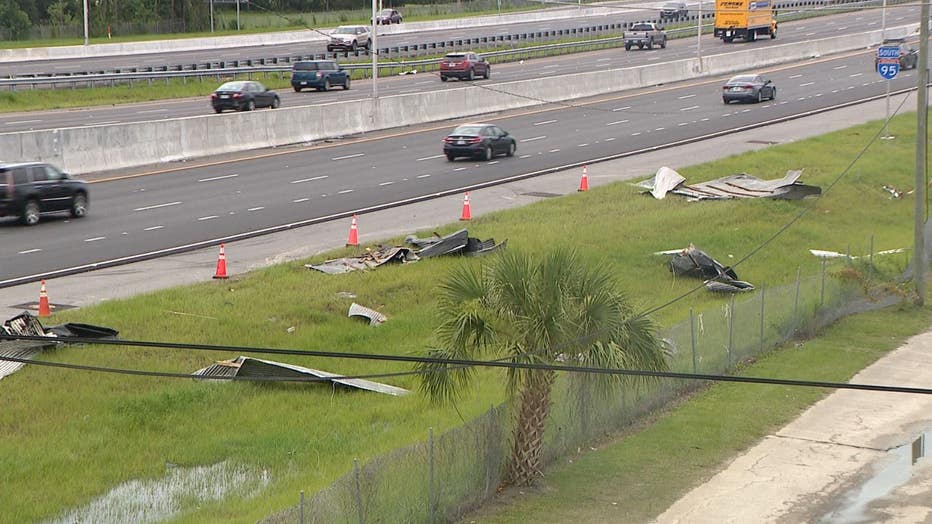 FOX 35 drove through the area and spotted several pieces of roofs along the busy interstate.

The market posted on Facebook that it would be closed for the day, as electric crews worked to restore power.

Only vendors were allowed in to clean up.

Robert Albano spent his afternoon on Bay Street helping his friend clean up.

“The branches went through the fence like a projectile, basically, so whatever happened here last night was pretty, pretty severe,” he said.

The NWS said nobody was hurt.

The market said it would reopen on Friday.