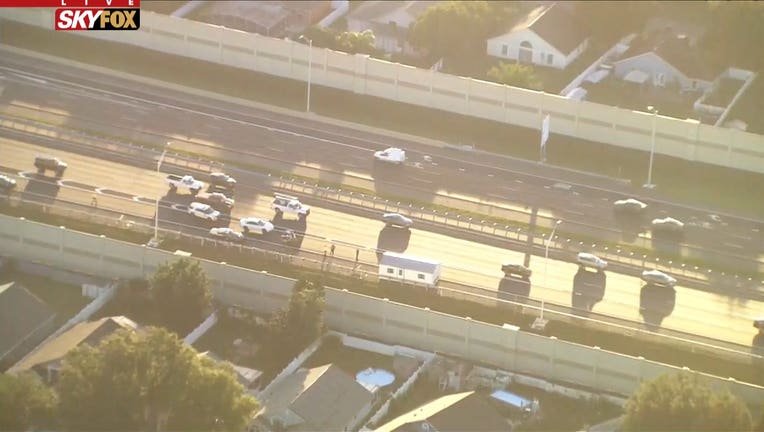 ORLANDO, Fla. - Delays are building on the southbound lanes of S.R. 417 after a crash.

The crash occurred at University Boulevard, which is exit 37 on S.R. 417.

SkyFOX flew over the crash on Monday morning. A home was spotted blocking the road.

FOX 35's Kristin Giannas says that apparently, a house fell off of a trailer and as blocking lanes on the road. It is now on the shoulder so delays are not as heavy but traffic is still moving slower than usual.

Get the latest on this crash by watching Good Day Orlando.