WEST BLOOMFIELD, Mich. (FOX 2) - A man is accused of attempting to kidnap his ex-girlfriend 20 years after they broke up.

That man, identified as Damon Burke, 48, allegedly attacked his ex's roommate and stole his keys before he was arrested. 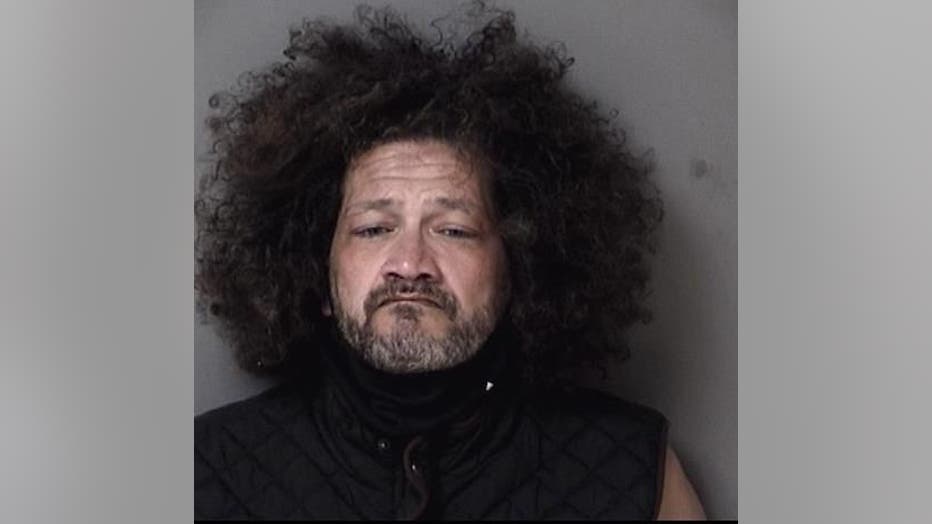 According to court records, police were called to Bushwood Golf Course in Northville on March 26 after a man was beaten. The man told police he was attacked by Burke, who he believed was heading to his home in West Bloomfield.

The victim told police that Burke had visited his home the day prior, told him his name was David Moses, and said he was an old friend of the victim's roommate. According to a court filing, Burke said he had a family heirloom for the roommate.

The victim talked with Burke and told him he worked at the golf course. When Burke showed up at the golf course the next day, the victim said he walked around the course with him and had a friendly conversation. However, when the victim went into a maintenance shed, Burke attacked him, according to court records.

Burke allegedly took the victim's keys and drove to the house the victim shared with Burke's ex-girlfriend. Police pulled over Burke, who told them he had been at the golf course but denied being involved in the attack. According to court records, he said he had driven from Massachusetts to Michigan to "rekindle an old relationship."

Once officers confirmed Burke was the person who attacked the victim, they ordered that his car be impounded and did an inventory. According to court records, they found two sets of brass knuckles, a set of handcuffs, zip-ties, a stun gun, a roll of duct tape, a night vision scope, binoculars, and a bag containing gloves, broken glasses, and a heavy sap.

A search warrant was obtained for the car.

According to records, authorities found a stun gun, smoke grenades, collapsible batons, black duct tape, zip-tie handcuffs, a pair of binoculars, 50 feet of paracord rope, a Bosch jigsaw that was modified to have a rubber mallet where the blade should be, a night vision WiFi camera, a GPS spy monitor detector, a Depstech Wifi Endoscope, cell phones, counterfeit money, suspected heroin, and Psilocybin mushrooms.

A notebook containing what appears to be a written manifesto documenting dates, courses of action, and meetings with the victim was also discovered.

Burke refused to talk to police, but they found he had an envelope with his ex-girlfriend's name on it. According to court records, it contained a letter that said, "I’ll come back to you."

Several days after the attack, Burke's ex-girlfriend told police that she had dated and broke up with him about 20 years prior in New York City because he became violent and started using drugs. According to court records, she said he stalked her and would send her recordings he took of her.

She had filed a police report in New York, and Burke was found in a hotel room with illegal firearms, a blow torch, handcuffs, duct tape, rope, and other items, the court filing said. Burke spent time in prison for the guns.

The woman obtained a restraining order against Burke and said she had not heard from him since then.

When Burke went to the home and spoke with the woman's roommate, the roommate texted her to tell her an old friend had come to see her. The woman said she told him that it was probably a fake name and she probably didn't want to see him.

According to court records, the woman did not believe her roommate knew about the relationship she had with Burke. She found out Burke was at her home when she texted a photo of him to a neighbor. According to records, the neighbor confirmed he was the person outside of her home and said he had approached them with flowers and a ring he said was for the woman.

When the woman was told Burke stole her roommate's keys, she told investigators, "He was coming to get me. He was going to kill me."

Burke is in custody and is scheduled to appear in federal court Tuesday.