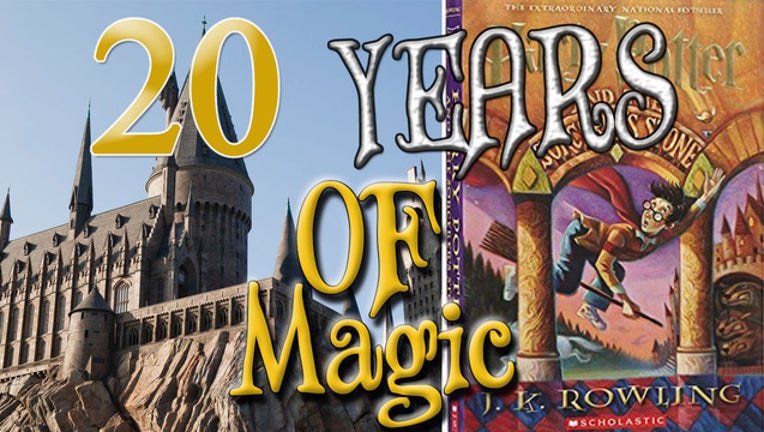 Harry Potter is celebrating 20 years of magic this month and Facebook is helping fans to celebrate online.

When users write "Harry Potter" in their status and press "publish," the words are highlighted, allowing anyone to click on it and watch the magic fly across the page.

Other words become highlighted too, like the Hogwarts houses, Slytherin, Gryffindor, Hufflepuff, and Ravenclaw, allowing users to cast their magical wizard spells.

In honor of the 20th anniversary, J.K. Rowling launched a free online book club for fans and newcomers to her "Harry Potter" series.

The Wizarding World Book Club launch coincides with the 20th anniversary of "Harry Potter and the Philosopher's Stone," the first in what would become a seven-book series and eventually sell over 450 million copies worldwide in 79 languages, along with inspiring a popular movie franchise and theme park attractions.

The online community "aims to surprise and delight those who have never read a Harry Potter book, as well as returning readers who want to join the conversation," says Pottermore, Rowling's digital publishing arm.

The club says its goal is to "create a global community of Harry Potter readers who are communicating with each other as they are reading the same book, at the same time."