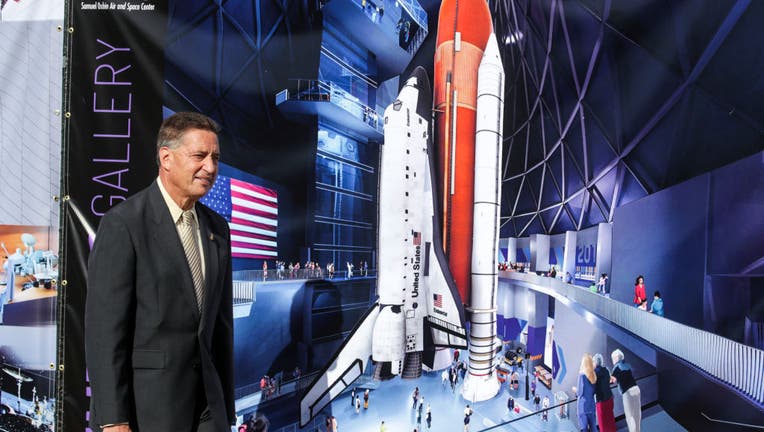 LOS ANGELES - Space Shuttle Endeavor will one day have a $400 million new home that will welcome guests to the California Science Center, South of downtown Los Angeles.

Dignitaries and supporters gathered on June 1 at the future Samuel Oschin Air and Space Center for a groundbreaking of the one-of-a-kind mission.

The 200,000-square-foot center will become the permanent home of Space Shuttle Endeavour and house dozens of exhibits and galleries.

Organizers say the future 20-story high building wouldn’t have been possible if it wasn’t for a massive donation by the Oschin Family Foundation.

"This gift is to honor the legacy of my dear husband Samuel Oschin, who was passionate about adventure and the pursuit of knowledge, especially in the fields of science and engineering," Mrs. Lynda Oschin said. "Just as Sam desired to create opportunities for learning and discovery for others, I was inspired to support this project when I saw the enthusiasm of school children who met the crew of astronauts from Space Shuttle Endeavour’s final mission. Now it gives me enormous pleasure to see this vision becoming a reality for the millions of young people who will be inspired to reach for the stars."

Endeavor flew its first mission in 1992 and completed 25 launches before being retired in 2011. 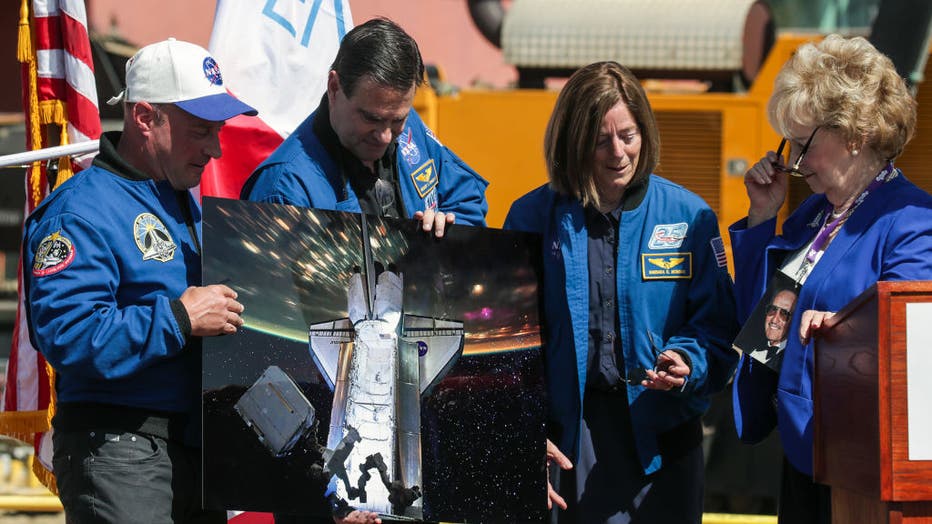 Greg Chamitoff, member of Endearvours final crew, center, flanked by other NASA astronauts Garrett Reisman and Barbara Morgan presents a photo of shuttle in space shot by him, at groundbreaking of the Samuel Oschin Air and Space Center, to Lynda Osch

The space shuttle has been in Los Angeles since 2012 when a specially designed Boeing 747 carried the 86-ton spacecraft across the country.

There are three other space shuttles on display around the nation, but Endeavor is the only one located on the West Coast.

Enterprise is on display at New York’s Intrepid Sea, Air & Space Museum and Discovery can be viewed at the Steven F. Udvar-Hazy Center outside of Washington, D.C.

The Kennedy Space Center Visitor Complex holds the distinction of housing the last shuttle to fly through Space - Atlantis.