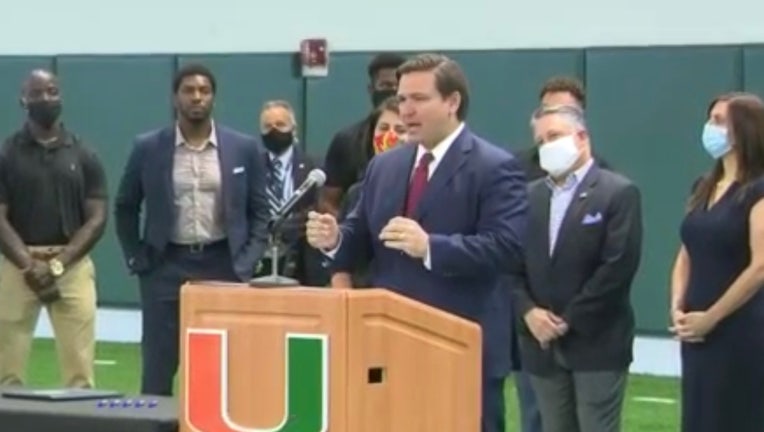 MIAMI - Florida Gov. Ron DeSantis on Friday signed into law a bill that will allow college athletes in the state to earn money from endorsement deals.

The law won’t go into effect until July 2021. By then, both the NCAA and Congress could have rules or legislation in place to lift restrictions on college athletes being paid for the use of their names, images and likenesses.

Florida’s law, however, increases the urgency for the NCAA to act because it goes into effect 18 months earlier than California’s and Colorado’s. More than 20 more states are working on similar legislation.

The NCAA’s board of governors signed off in April on recommendations to allow athletes access to a free market — with “guardrails” — while also emphasizing that it will need help from Congress to avoid a patchwork of state laws. The NCAA wants its own legislation ready for a vote in January.

Federal lawmakers have expressed concerns about the NCAA’s desire and ability to regulate NIL compensation. They have also said an antitrust exemption for the NCAA is unlikely, but they could move on national NIL legislation later this year.