Gov. Ron DeSantis got fired up when asked about the massive crowds spotted around Tampa following the Bucs Super Bowl win on Sunday.

During a news conference in Venice, DeSantis spoke about the increase in COVID-19 vaccines that have been made available to senior citizens. He then took questions from the media.

One reporter brought up the photos that went viral this week of crowds celebrating in the streets after the Super Bowl, despite cases of the U.K. variant continuing to rise in Florida.

When asked what he would tell those who saw the photos and are scared that not enough is being done to stop the spread, DeSantis said, "The media is worried about that, obviously." 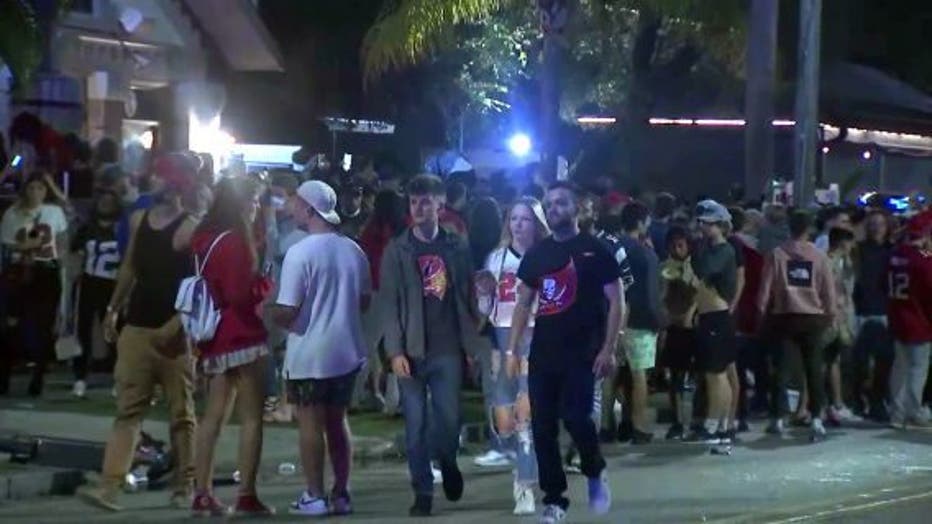 The governor continued by saying that in terms of the U.K. variant, the COVID-19 vaccines will be effective against it.

"We have not seen any data or any evidence to suggest that these vaccines are not effective. So if we get the seniors vaccinated, we're going to be good."

"You don't care as much if they're celebrating a Biden election. You only care about it if it's people you don't like."

Bloomberg reports that Florida leads the U.S. in confirmed cases of the U.K. variant with more than 200 infections identified overall, according to the Centers for Disease Control and Prevention.

DeSantis was recently criticized after a photo emerged from the Super Bowl that appeared to show him inside a box without a face mask despite the COVID-19 outbreak.

Marc Caputo, a politics reporter for Politico who covers Florida, took to Twitter to say that DeSantis was at an event and mentioned the picture.

He posted that DeSantis "brought up this picture on his own by saying, ‘Someone said, ‘hey, you were at the Super Bowl without a mask’…but how the hell am I going to be able to drink a beer with a mask on? Come on. I had to watch the Bucs win."

Watch FOX 35 for the latest on the coronavirus pandemic.