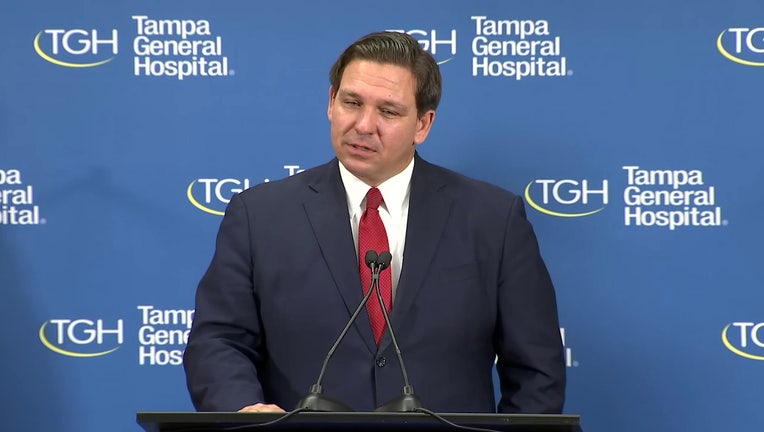 TALLAHASSEE, Fla. - A day after President Donald Trump lost the Electoral College vote, Gov. Ron DeSantis suggested Tuesday that the exit of his close political ally from the White House could affect Florida on issues such as the coronavirus pandemic.

“The president has been one hell of an ally for this state. I can tell you that,” DeSantis said after a state Cabinet meeting. “It’s funny, because these hospitals --- we’ve really supported them. If they needed something, we got it to them. I was like, ‘Well, I may not be a phone call away from getting everything done soon (after Trump leaves office).’ So, it’s unfortunate, I think, for Florida.”

Florida’s 29 electors cast ballots Monday for Trump because he won the state in the Nov. 3 election, but Democratic President-elect Joe Biden won the national electoral vote.

With Trump continuing to contest the results of last month’s election, DeSantis was asked Tuesday whether he would congratulate Biden.

“It’s not for me to do,” DeSantis said. “Here’s what I would say. We did our thing in Florida and the Electoral College voted. What’s going to happen is going to happen. I can tell you that I think a lot of the frustration for folks that supported the president was that we were four years with people not accepting him.”

But Florida Agriculture Commissioner Nikki Fried, the only statewide elected Democrat, said Florida leaders need to work with Biden to ensure the needs of the state are met.

“Joe Biden is the president-elect. Joe Biden will be the president of the United States,” Fried said.. “It is time for those who are questioning the legitimacy of this election to move on and start working with a Biden administration.”