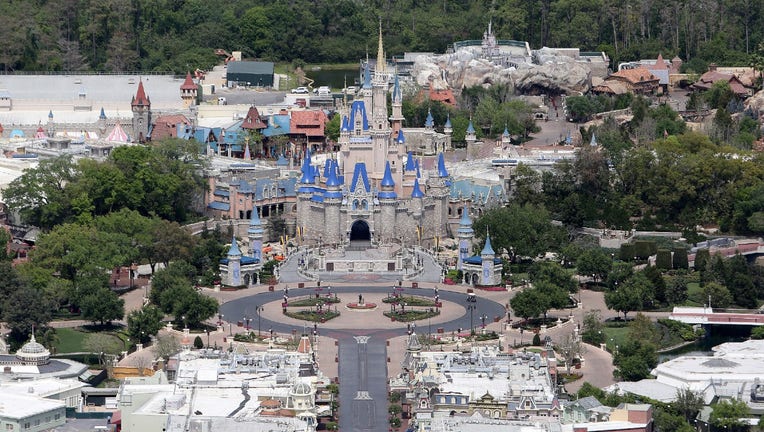 The expansion push came as a Deutsche Bank analysis showed Walt Disney World attendance down more than 80 percent from previous years and after Universal Orlando shut down operations at two park hotels to consolidate guests.

“We think that the capacity can be increased,” DeSantis said during an appearance at Universal Studios in Orlando. “When you have the appropriate protocols in place, you know, we're very comfortable at the state level … they're doing it in a good way.”

Officials from Disney, SeaWorld, and Universal on Wednesday played up safety measures that have them operating at about one-third capacity. The parks also require guests to wear masks and keep six feet from people who are not in their traveling parties. All guests and workers are expected to have their temperatures checked upon entry to each park.

The parks shut down this spring as the state tried to control the coronavirus and as travel plummeted nationally and internationally. SeaWorld and Universal reopened in mid-June, while Disney reopened its Florida parks in July.

Officials from the parks urged the state to help with publicity that the facilities have reopened.

“I think we've been able to prove, all of us, that you can operate safely and we can create not only a great environment for guests but a safe environment for the guests,” said SeaWorld Interim Chief Executive Officer Marc Swanson. “How we get that message out, so more people feel comfortable coming here, is what's going to help all of us, is what's gonna help Central Florida.”

Officials from all three parks estimated their guests have been split about 50-50 in coming from the local market and longer distances.

Still, because of an uptick in cancellations, Disney is cutting back hours starting in September. Universal scaled back hours this month.

The shutdown and limited reopening of the theme parks has had a major impact on the state economy and tax revenues. With the effects rippling through Central Florida, it has led to Orange and Osceola counties having the highest unemployment rates in the state --- with Osceola County at 20.2 percent in July.

DeSantis has focused heavily on sports and entertainment venues as he has tried to revitalize the state’s economy. On Monday, he joined the Miami Dolphins in announcing Hard Rock Stadium in Miami Gardens will allow 20 percent occupancy at college and professional games next month.