Laura Loomer gave a tearful speech Tuesday night, though she said she would not concede to challenger Daniel Webster, who the AP projects has won the GOP primary race.

LAKE MARY, Fla. - Florida Republican Rep. Dan Webster on Tuesday narrowly defeated Laura Loomer, a far-right provocateur in Florida who’s been banned on some social media networks because of anti-Muslim and other remarks. Webster had been in an unexpectedly tight race against Loomer, a nationally known activist who sought to align herself with former President Donald Trump.

Webster, who has served central Florida districts since 2011, won the primary for a race in Florida’s 11th District, which is home to The Villages, the nation’s largest retirement community, and a GOP stronghold. 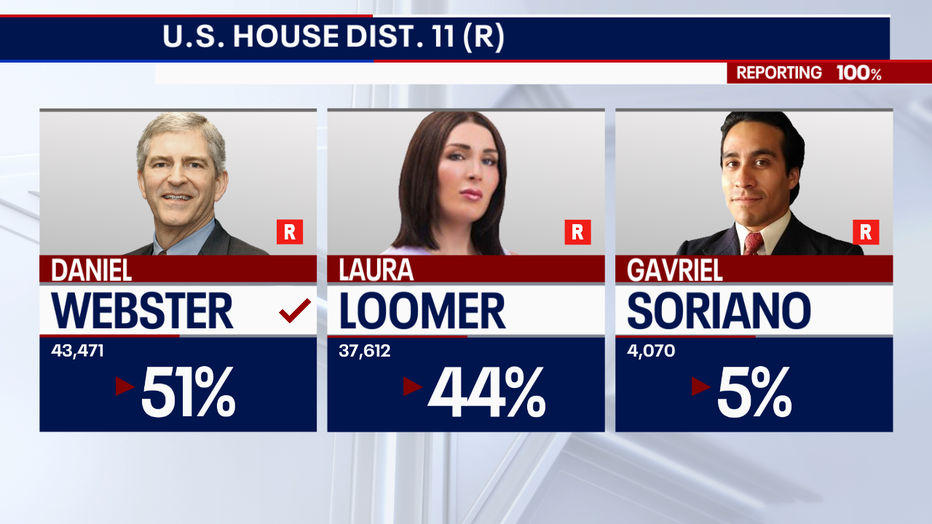 Loomer unsuccessfully ran for the House in 2020, winning a Republican primary but losing the general election that year to incumbent Democrat Lois Frankel for a Palm Beach-area seat that includes Trump’s Mar-A-Lago resort.

On social media, Loomer regularly posted conspiracy theories and misinformation around Minnesota’s Ilhan Omar, the first Somali-American elected to Congress. Among them was the false claim that Omar and other Democrats were plotting to institute Sharia in Minnesota.