ORLANDO, Fla. - There are dozens of Orange County servicemen -- young men and women -- who made the ultimate sacrifice.

For example, Sandy Ballance-Chully's father, Edmond, died in Vietnam. She told FOX 35 that “my dad was killed in Quang Tri in June of '71. I was about six-months-old."

She said Edmond volunteered for the mission during which he lost his life.

“Three of the men stood and ran in the opposite direction while my dad stood up and turned towards the fire and fired back,” she said. "Until he was shot.”

Families who have lost a close relative during military service are called 'Gold Star Families.' President Franklin Roosevelt established the last Sunday in September as Gold Star Day in 1936. 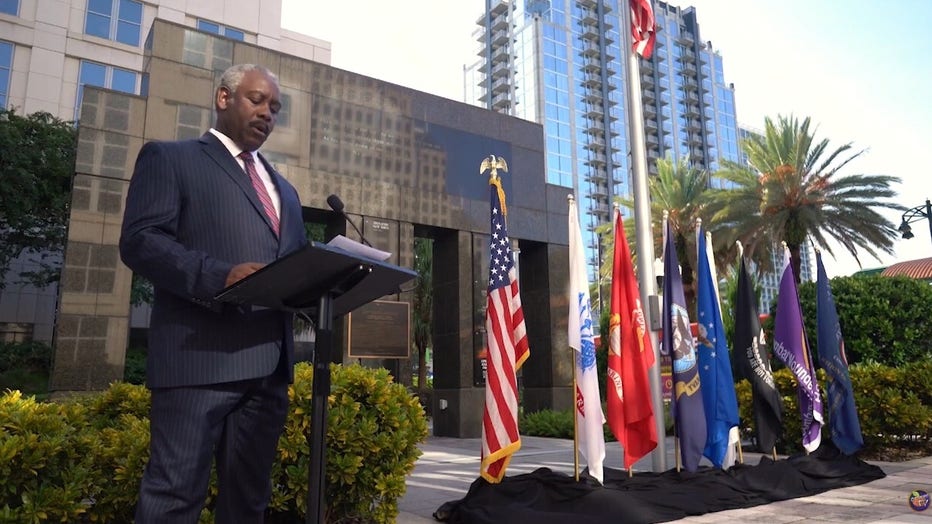 Orange County Mayor Jerry Demings paid tribute to these families in a special ceremony on Sunday morning. He said that "the Gold Star Mothers and Families Day is an opportunity to come together and honor and remember the surviving military mothers and family members for their sacrifice and service to this great nation."

At the close of the commemorations, county officials showed the portraits of 25 Orange County servicemen who gave their lives for their country.