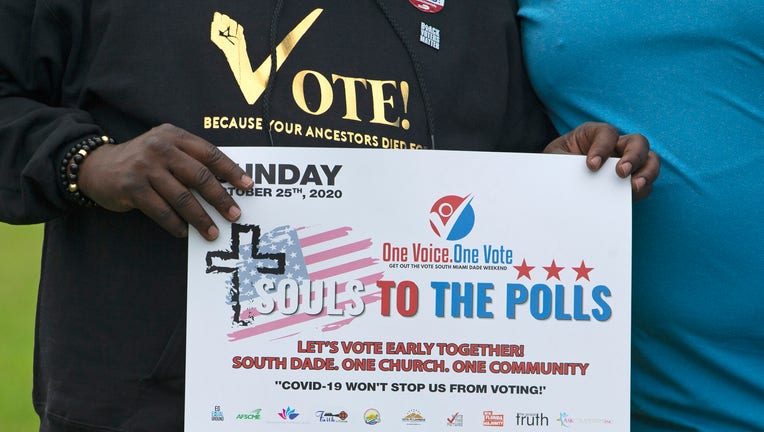 TALLAHASSEE, Fla. - Family members of George Floyd, the Black man who died after a white Minneapolis police officer knelt on his neck for more than eight minutes in May, will join a Tallahassee “Souls to the Polls” event on Sunday, according to organizers.

Floyd’s death sparked protests against police brutality throughout the country. Civil rights lawyer Ben Crump, a Tallahassee resident who has represented Floyd’s family, will accompany the family members, according to a news release.

The Souls to the Polls event, one of numerous similar events throughout the state, will begin with a 10 a.m. service led by the Rev. R.B. Holmes at Bethel Missionary Baptist Church in Tallahassee. Following the service, attendees will march to the Donald L. Tucker Civic Center, an early voting site.

Souls to the Polls events on the last Sunday before Election Day have become an election-year activity aimed at galvanizing enthusiasm and boosting turnout among Black voters. Democratic presidential candidate Joe Biden’s campaign is focusing on garnering support from Black voters in Florida, a battleground state with 29 prized electoral votes.

Biden’s wife, Jill, will be in Tallahassee on Sunday and is expected to attend a part of the service. President Donald Trump, who defeated Democrat Hillary Clinton in Florida by 1.2 percentage points four years ago, is scheduled to stump in Miami-Dade County late Sunday night.

Both candidates and their surrogates have stormed the state in the weeks leading up to Election Day.