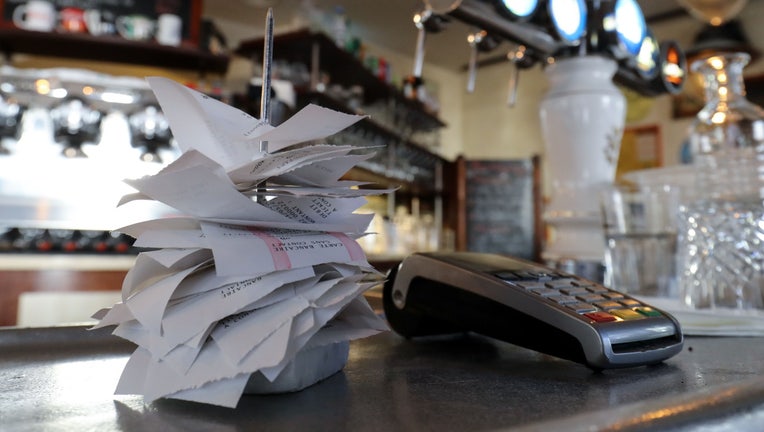 MARATHON, Fla. - This must’ve been one seriously good meal.

A generous woman who ate breakfast at a Florida Keys restaurant Tuesday left a $10,000 tip on top of her $193 bill.

Castaway Waterfront Restaurant & Sushi Bar in Marathon, Florida, shared a photo of the receipt with the eye-popping tip on its Facebook page, congratulating the staffers who are splitting the windfall.

Khara Wilson, a server at the restaurant, told Keys Weekly that the woman came in with a big party on a busy morning.

"I had a little time, so I chit-chatted a little bit – where they were from, when [they're] leaving," Wilson told the newspaper. "I got the impression that she was visiting with her kids and grandkids."

The woman also mentioned that she was due to fly home to Oklahoma on a private plane, according to the report.

A bit later, the woman asked Wilson how many people were working in the restaurant’s kitchen.

"I asked her why she wanted to know and she told me it would be a surprise, but that I needed to share with all the staff," Wilson told the newspaper.

It ended up being a very big surprise. A trainee received the credit card slip with the $10,000 tip and showed it to Wilson.

"I said, ‘Are you kidding me?’" Wilson told the newspaper.

Wilson has been working at the restaurant since shortly before the coronavirus pandemic hit, according to the report. Between that job and another at another restaurant, she only has one day off per week.

She’s sharing the tip with 13 other Castaway employees, according to the report. She said she’s got plans to pay off some bills, and put some of the money toward a future trip to Costa Rica.