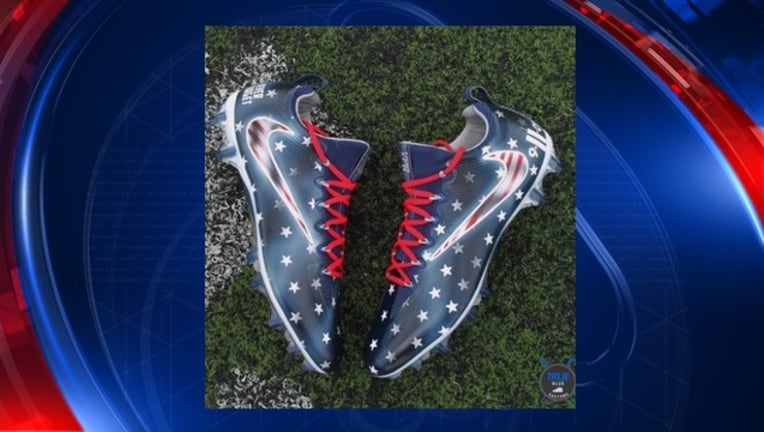 Two police union honchos are so outraged the NFL threatened to sack a Titans linebacker for wearing a patriotic pair of cleats honoring those who died on 9/11, they promised to pay his fine if he wears them in Sunday’s game anyway, The Post has learned.

Avery Williamson, a starting linebacker for the Tennessee team, hoped to wear a pair of specially-designed cleats at his team’s home opener Sunday against the Minnesota Vikings on the 15th anniversary of the 9/11 attacks, but he backed off when a league rep vowed to fine him for violating the league’s uniform code.

The left cleat says 9-11-01, with the 11 in the outline of the Twin Towers, while the right one says Never Forget.

“I don’t want to draw negative attention, so I’m just going to focus on playing the game,” Williamson told the Tennessean newspaper, on Friday.

“I’m making a goal line stand on this. Enough is enough! The NFL is out of bounds on this,” he insisted.