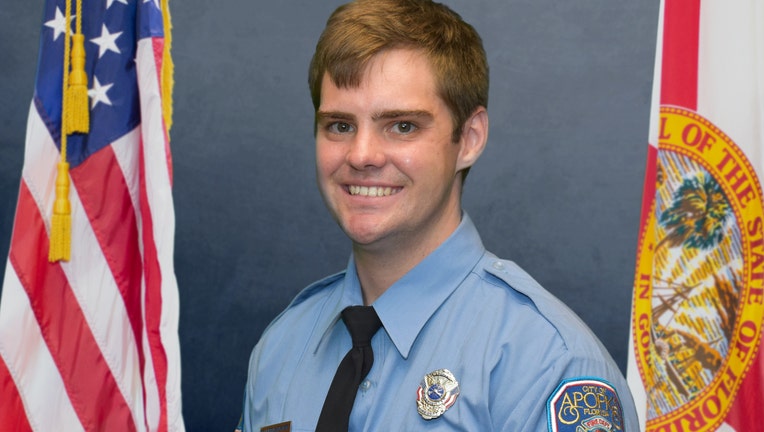 An Apopka firefighter who died from injuries he sustained while on the job last month will be honored with a procession ahead of his funeral service at Journey Christian Church on Saturday, July 23.

There will be a private viewing of Austin Duran for Apopka Fire Department personnel from 9 a.m. to 10 a.m. at Loomis Funeral Home. A procession from the funeral home to the church will be held between 11 a.m. and noon, during which firefighters from around the region are invited to participate. 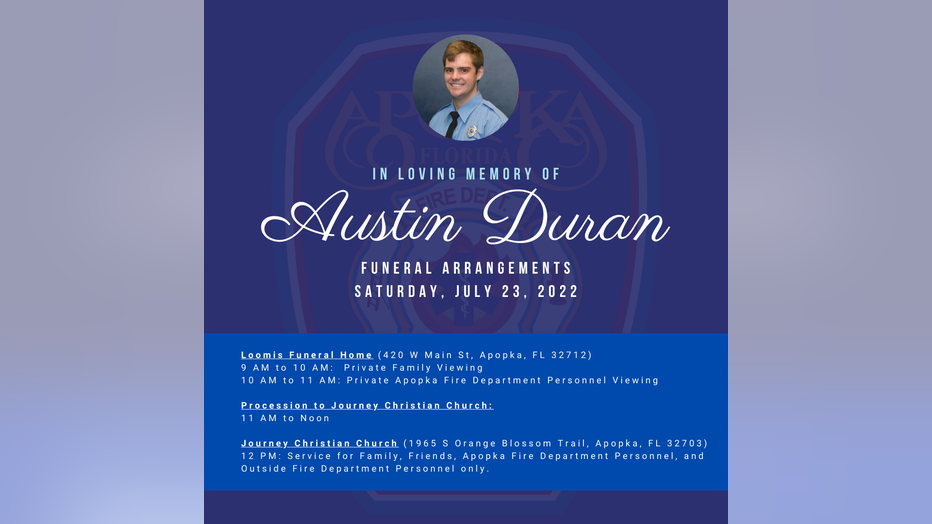 Duran, 25, was injured on June 30 after a 4,500-pound sand trailer fell and pinned him down, landing on his legs and abdomen. His fellow firefighters jumped into action to help.

"There was no time to react, it just dropped like a hammer. He had no time to get out of the way," said Lt. Klepper told FOX 35 News.

According to a GoFundMe, Duran suffered traumatic injuries to his spine, a punctured lung, and broken ribs. His sister, who announced Duran's passing on July 15, said that he would briefly open his eyes and talk to them using an iPad. He had to undergo several surgeries, according to his family.

Duran joined the Apopka Fire Department as a Fire Explorer during high school and started working with the agency in July 2020.