Can the Orange County Public School District make it two in a row? For the second time in as many years, a popular Orange County band director is in the running for Grammy gold. Last year, along with Freedom High School band director Michael Antmann’s semifinals appearance, West Orange High School teacher Dr. Jeffery Redding actually ended up winning the award.

ORLANDO, Fla. - For the second year in a row, a popular Orange County band director is in the running for Grammy gold.

Freedom High School band director Michael Antmann has been named a semifinalist for the Recording Academy and Grammy Museum’s Music Educator Award. According to the Grammy website, the award recognizes current educators who have made a significant and lasting contribution to the field of music education and who demonstrate a commitment to the broader cause of maintaining music education in the schools.

“I’m so happy for him!” said Freedom High senior Sydney Samuels. “He definitely deserves it 100 percent.”

Antmann has been the band director at Freedom High for 4 years with 19 total years in music education.

“He brings passion and just like good morals unlike any other band teacher I’ve seen,” said junior Callen Sell. “He’s so passionate about teaching us music and how to play music that it kind of rubs off on everybody else.” 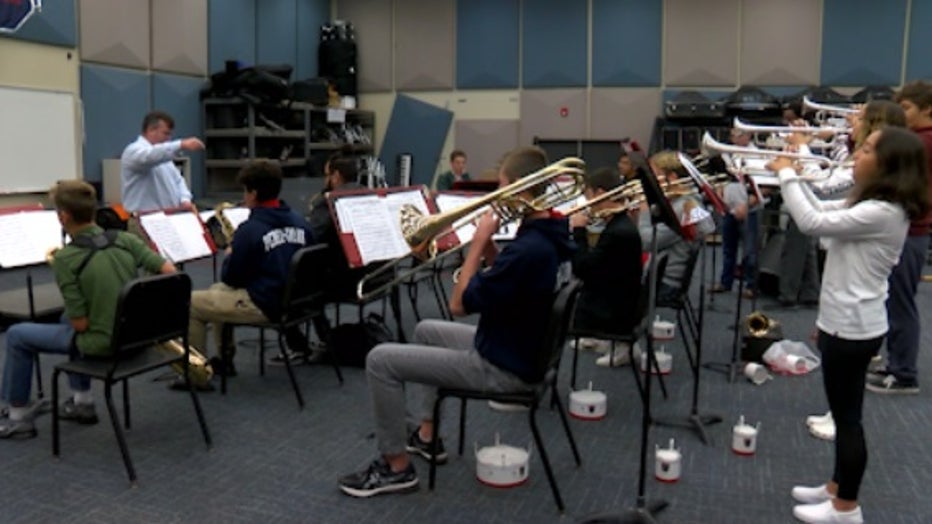 Antmann led the jazz band Wednesday through several of the Christmas songs they’re preparing for upcoming concerts, drawing enduring exchanges with several students as he coached them to better connect with the music.

Antmann said he likes to think of his classroom as a place students can relax from their intense day-to-day schedules and explore their interests in the arts and music.

According to the Grammys, more than 3,300 teachers across the country were nominated for the Music Educator Award. Antmann is now in the top 25; a field that will eventually be narrowed to 10 with 1 finalist being flown out to Los Angeles for recognition at the 2020 Grammy Awards. 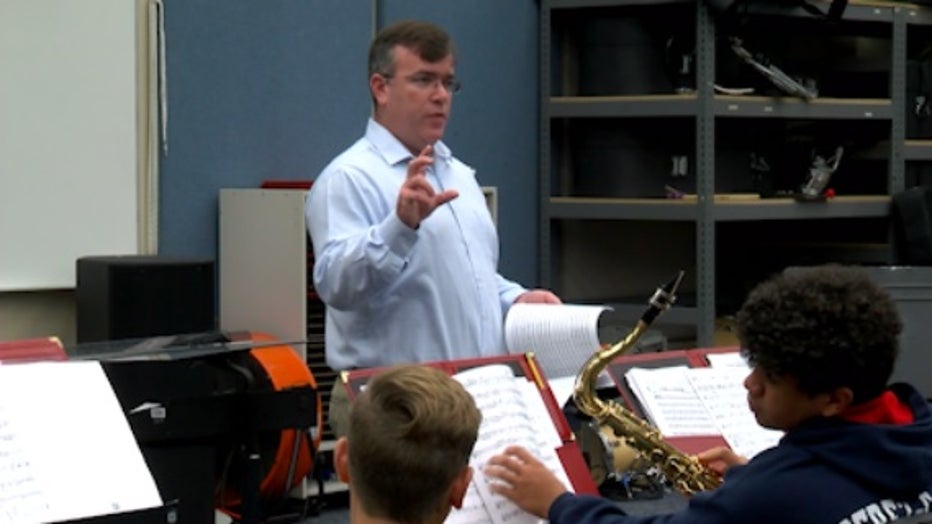 Freedom High Band Director Michael Antmann is up for his 2nd Grammy nomination.

Orange County Schools are no strangers to the process.

Antmann will find out if it’s his year to shine in the coming months, though said he’s just honored to be recognized at all.

“Oh it would be very cool,” said Antmann, “but I’m just happy to make it this far because being one of 25 is a really humbling experience and so anything else is just great.”

His students Wednesday were also happy to see any recognition, but many said they were more than ready to see their leader bring home the big one.

“I couldn’t see a better candidate for this award,” said Sell.