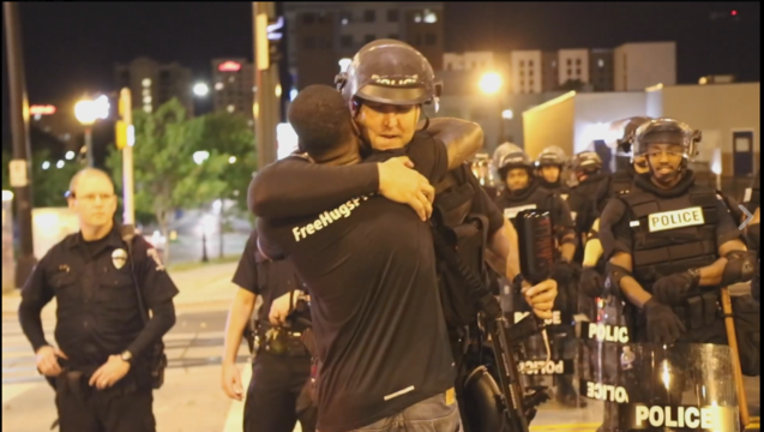 CHARLOTTE, NC - A San Diego man took matters into his own hands Wednesday night during the Charlotte protests and gave out free hugs.

The Free Hugs Project is an initiative to spread love, inspires change and raises awareness of social issues through motivational videos, according to the Facebook page.

Nwadike is the CEO of Superhero Events and Director of the Hollywood Half Marathon, he attended the Boston Marathon to spread love and encourage runners with Free Hugs.

"While viewing the devastation of the 2013 bombing of the Boston Marathon, I was determined to be a participant in the next race. I failed to qualify by just 23 seconds, so I decided to attend the event in a different way. I provided free hugs to runners as encouragement along the route. This simple act made national news headlines and lifted runners spirits. Hugs produced smiles and gave runners an extra boost as they ran."