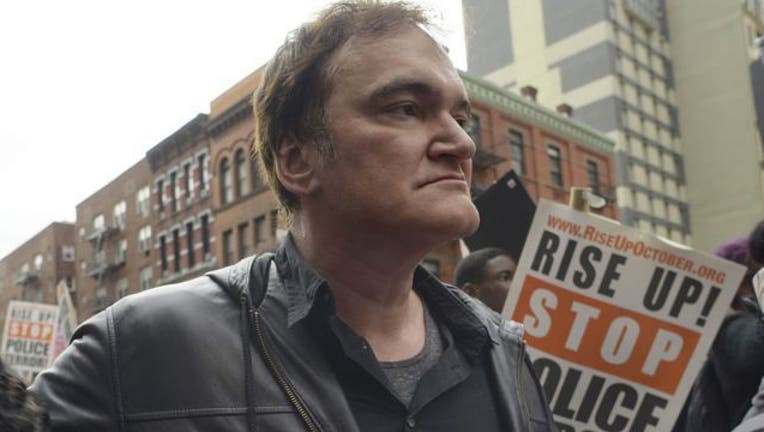 The Fraternal Order of Police has a “surprise” in store for Quentin Tarantino. Tarantino spoke out against police at an Oct. 24 rally, which was organized by a group called RiseUpOctober.

"I'm a human being with a conscience," Tarantino said at the rally. "And if you believe there's murder going on then you need to rise up and stand up against it. I'm here to say I'm on the side of the murdered."

Police unions across the country have vowed to boycott the director’s upcoming film, “The Hateful Eight.” Still, the director has refused to apologize for his comments, stating in an op-ed for the Los Angeles Times, "I'm not being intimidated.”

"Something is in the works, but the element of surprise is the most important element," said Jim Pasco, executive director of the Fraternal Order of Police. "Something could happen anytime between now and [the premiere of ‘The Hateful Eight’]. And a lot of it is going to be driven by Tarantino, who is nothing if not predictable...The right time and place will come up and we'll try to hurt him in the only way that seems to matter to him, and that's economically.”