FOX 35 talks to the owner of a jewelry store who says looters crashed a van into his store front, causing up to $200,000 in damages.

ORLANDO, Fla. - Orlando Jewelers on East Colonial Drive was damaged by looters, Sunday morning, according to the owner.

Surveillance cameras caught the moment a van crashed through the front of the store. 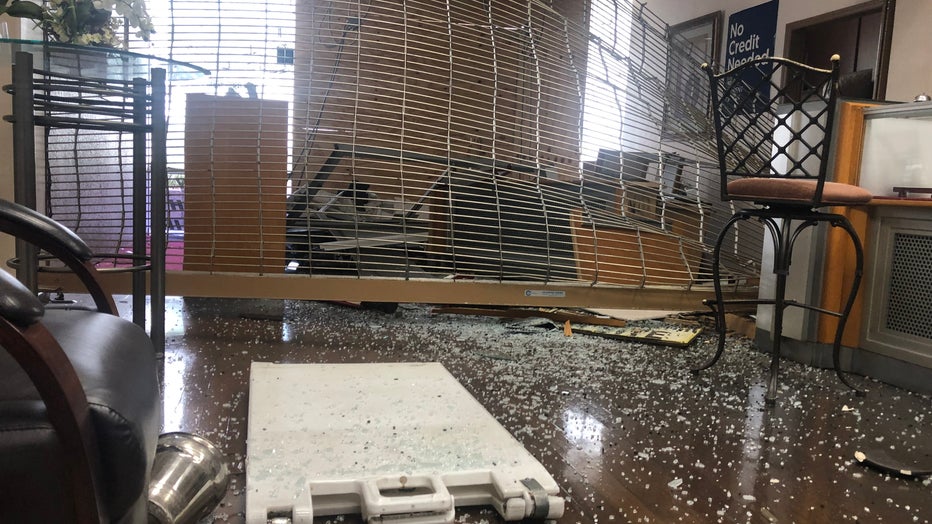 The owner, Luis Arroyo, spoke exclusively to FOX 35 and brought our cameras inside to see the damage.

A secondary security gate prevented the would-be looters from getting their hands on the jewelry inside.

“We may lose everything because of this,” Arroyo said.

He says this is like being kicked while down.

“We’re just trying to get our business back together after COVID and go forward and now, now I’m really shut down. Now, can we come back from this? I hope, I wish and I pray,” Arroyo said.

After 17 years, the small business owner is determined to get back open.

“This is for my family. [It's] everything we’ve worked for our whole lives, so I have to,” Arroyo said.

One thing Arroyo can’t do is understand why people hurting would inflict more pain on others.

“It wasn’t necessary. What did this accomplish? A protest? This is not protest,” Arroyo said.

At least a dozen others around Orlando are also dealing with damage and stolen property.

Arroyo has a message for protesters.

“If you want to protest, protest peacefully, that’s it. What are you getting from this? All you’re doing is hurting others. Just stop it. Think about it. Think about what you’re actually protesting,” Arroyo said.

The shop has insurance, but it may be quite some time before it can reopen.