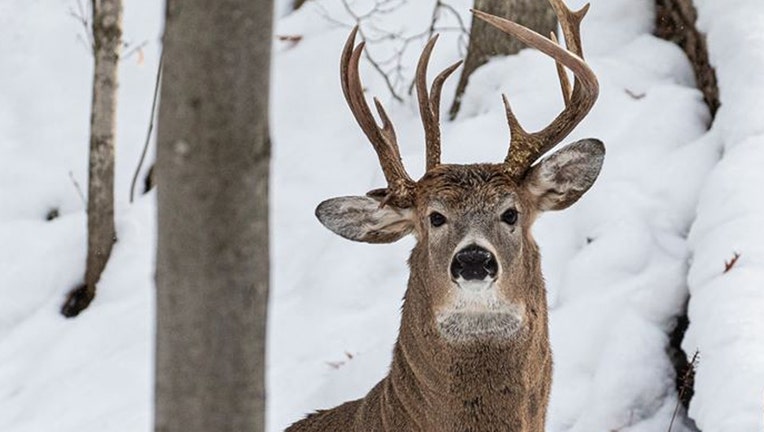 “Five days before rifle season for Whitetail Deer and look who I get to see, along with his girlfriend,” he wrote on the post. “A three antlered, nine or twelve point buck (depending if you want to count the two little tines on the right antler, and the small tine on the left antler). I don't recall ever seeing a three antlered deer before.”

Local veterinarian Steve Edwards confirmed that the deer is healthy and that the abnormality may have occurred when it was an embryo. He also called the antlers a “one-in-a-million thing.”