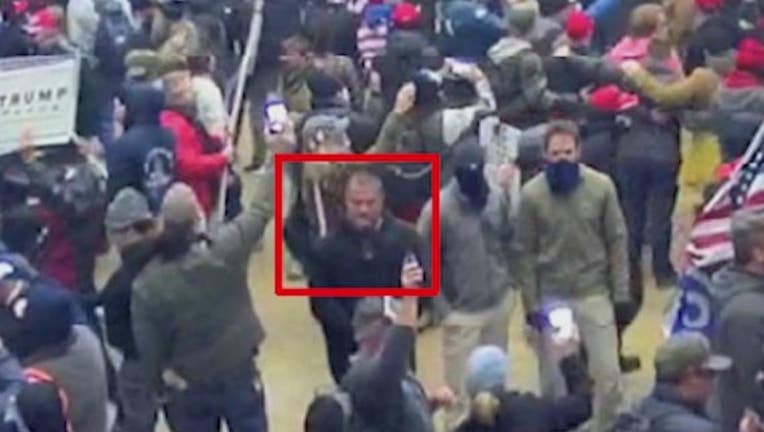 BREVARD COUNTY, Fla. - A former teacher at a Brevard County high school has pleaded guilty to one count of parading, demonstrating or picketing inside a Capitol building during the Jan. 6 riot.

Court documents show Viera High School P.E. teacher Kenneth Reda used the social media app, Parler, discussing his trip to D.C., saying, "I was there at the steps of the capital. I got into the Capitol building. There was certainly a difference in attitude by some a small number mind you than the rest of us more violent and speaking poorly to the police."

According to the court documents, other posts show he encouraged other people to show up for the riot.

The Brevard County School District confirmed his employment in July, adding that he was also working this summer as an assistant football coach. He has been with the school since 2014.

"We were alerted yesterday that an employee has been arrested and that person has been put on leave since we started an internal investigation…they will attempt to talk with all the parties involved and review the case and look at the discipline of the teacher in this case," said Russell Bruhn, spokesperson for the Brevard County School Board back in July.

Earlier this week, a Sanford firefighter pleaded guilty to one count of parading, demonstrating or picketing in a Capitol building during the Jan. 6 riot, according to documents from the U.S. Attorney’s Office.

Andrew Williams had a hearing on Tuesday morning where he reportedly changed his plea. According to documents released Tuesday, the charge carries a maximum sentence of six months in jail and a fine up to $5,000.