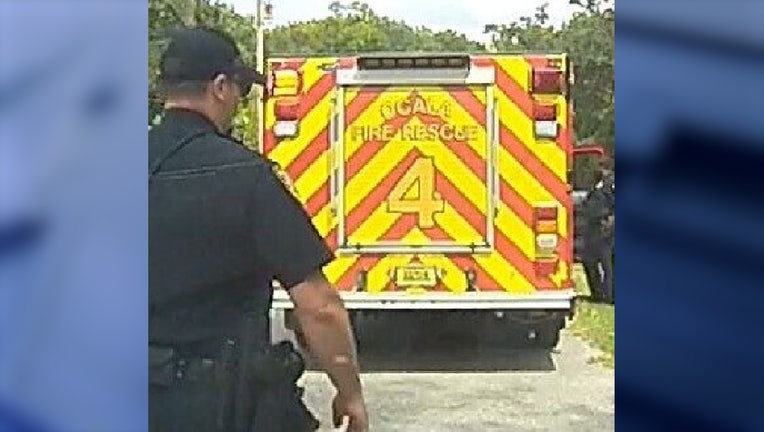 OCALA, Fla. - A Central Florida woman was arrested after police say a postal worker found a toddler alone and naked in the roadway on Wednesday.

According to investigators, a U.S. postal service worker found the child unsupervised wandering a street in Ocala just after 11 a.m. Police say the toddler was naked, had several scratches on the body, a bruise near the right eye, and a bloody nose. The child was also covered in sand.

A witness gave the child a T-shirt to wear. The toddler was taken to the hospital for medical treatment.

Police began to search for the child's parents and found a house with two doors left open.

MORE NEWS: Orlando man says he paid rent to fake homeowner for months, now might have to move out

"Outside this house were dirty diapers, car seats in the yard, and a baby stroller on the porch," police said. "Officers suspected this to be the house where the child lives."

The officers knocked but did not get a response. Fearing something was wrong, they went inside and found the toddler's parents, along with an infant, sleeping.

The parents said that the toddler was being watched by Robinson who lives at the residence, "however, she was not currently in the home."

When officers contacted Robinson, police say she told them that she texted the child's mother that she was leaving the house to go to the store.

The Department of Children and Families was contacted.