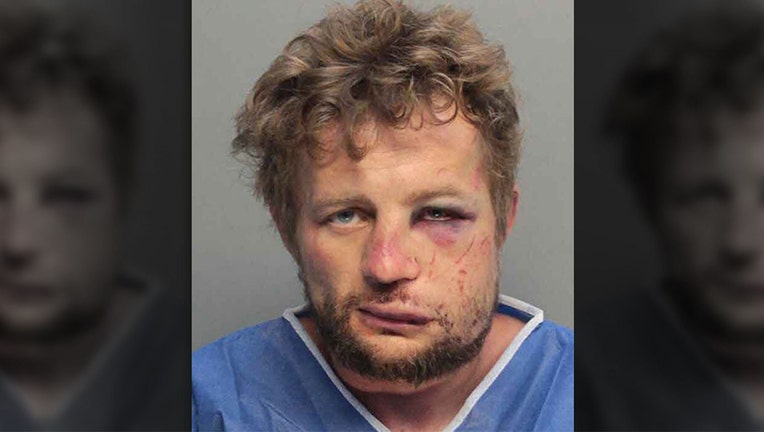 A Florida man opened the front door of his home and that is when he was attacked, court records say. (The Miami-Dade Corrections and Rehabilitation Department)

MIAMI, Fla. - A Florida man who was attacked by an intruder on Saturday fought back, and now the suspect is in police custody, authorities said.

On Saturday around 10:20 p.m., Barry Sands was asleep at home in Miami when he woke up to what sounded like a “hysterical female banging on the front door of the residence, asking for help,” according to the arrest affidavit.

Sands opened the front door and was allegedly attacked by a man identified by police as Mark Katsnelson, 35, court records said.

Katsnelson forced his way into the home as he was striking Sands with his hands, the complaint said, adding that Sands had a cut on his lip and toe as a result of the alleged attack.

Sands punched Katsnelson several times in the face in what seemed to be a case of self-defense, police said.  He then called 911.

Katsnelson suffered facial injuries and was transported to medical facilities in Florida for treatment.

He has been charged with burglary with assault or battery, police said, adding that he is being held without bond.

Get updates on FOX News