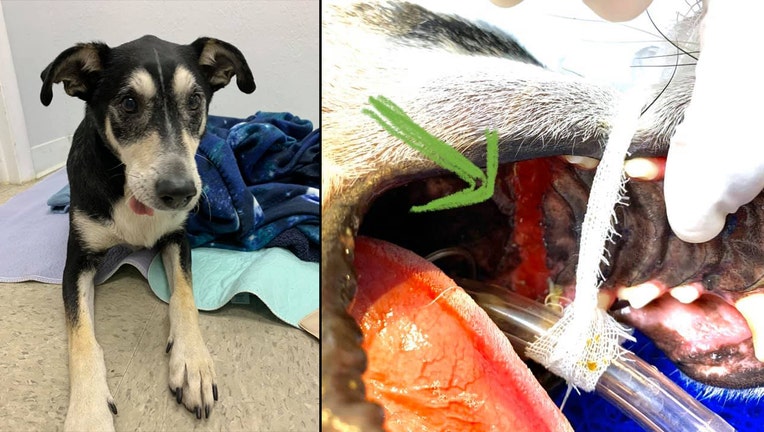 ST. PETERSBURG, Fla. - A Florida veterinarian discovered a stick that was likely lodged inside a dog's mouth for three to four years, after examining the canine at a shelter in St. Petersburg on Thursday.

A no-kill animal shelter called Friends of Strays had rescued the 8-year-old dog, named Buddy, last month. After they noticed rot on his teeth, they put him under with anesthesia for a dental cleaning, according to ABC Action News.

"Our veterinarian had noticed some rotting teeth in his mouth so she did a dental cleaning," said Holly Clare, the shelter's communications manager.

The shelter posted photos of Buddy and the stick on Facebook and credited the dog for his calm demeanor -- despite having the stick lodged across the roof of his mouth. 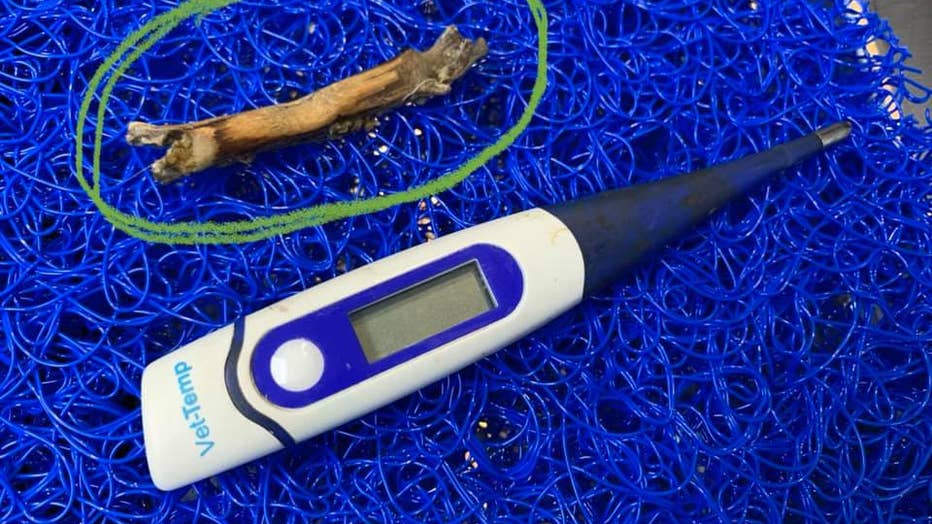 "Our veterinary team gave Buddy a dental cleaning today and what they found was shocking," the shelter said. "He had a stick wedged across the roof of his mouth, stuck between a tooth on each side. It had likely been there for years and had eaten into the roof of his mouth and rotted two of his teeth, yet he never once complained. Thankfully he is going to feel so much better moving forward!"

The vet reportedly had to extract the two rotten teeth but expects Buddy to make a full recovery.

Misti Tate, who had been fostering Buddy for several weeks, told ABC that he has always been a kind, gentle dog who rarely barked. She also said she is happy to finally have him back home.

"We're grateful to have him and just glad we could take him home," she said.