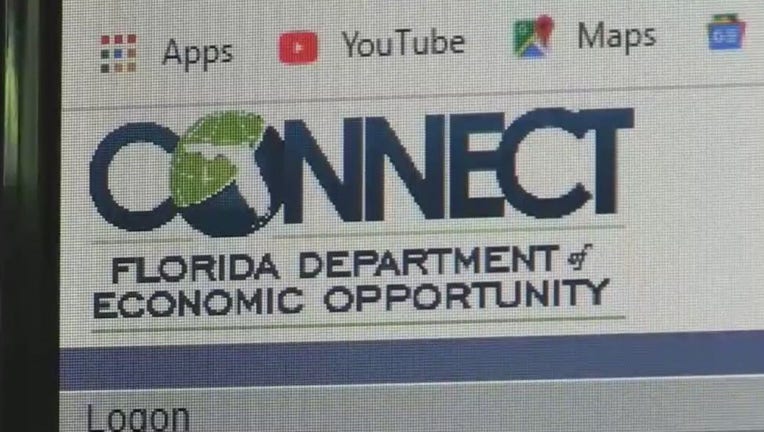 TALLAHASSEE, Fla. - First-time jobless claims continued to slow last week in Florida, while efforts are underway to bulk up the state’s unemployment agency and key parts of the economy still struggle amid the COVID-19 pandemic.

The U.S. Department of Labor estimated Thursday that 28,128 new claims came in last week to Florida, part of 709,000 first-time claims nationally during the week that ended Nov. 7.

That was down from 31,615 new claims in Florida during the prior week and marked the fourth consecutive week of declining numbers. The national total dropped by 48,000 from the prior week, with a four-week average dropping to 755,250 claims.

Florida, which offers up to $275 a week in unemployment benefits for 12 weeks, has seen a steady string of hotel and leisure-related businesses announcing layoffs the past couple of months, even as jobs overall have been returning amid Gov. Ron DeSantis’ push to reopen the economy during the pandemic.

The state’s unemployment rate was 7.6 percent in September, representing 770,000 people out of work. That was down from a peak of 1.22 million people unemployed in April when the jobless rate was 13.8 percent.

The Florida Department of Economic Opportunity, which is the state’s unemployment agency, will release an October report on Nov. 20.

Department of Economic Opportunity Executive Director Dane Eagle, who was appointed to run the agency by DeSantis in early September, said this week he’s prepared to ask lawmakers during the 2021 legislative session for $5 million to increase staff by more than 100.

Eagle has already hired 200 people to help handle a backlog of unemployment claims, now around 38,000 from the more than 4.6 million claims submitted since mid-March. And Eagle is conducting a review of the CONNECT online unemployment system that will determine if his legislative request will include fixing or replacing the troubled system, which cost $77 million to create less than a decade ago.

The CONNECT system, which has been described by DeSantis as a “jalopy,” was overwhelmed in the spring when the state first forced businesses to shut down or scale back operations to slow the spread of COVID-19. Now, the state again faces an increase in coronavirus cases and hospitalizations, while thousands of people face layoffs or the prospect of long-imposed furloughs becoming permanent.

The pandemic’s impact on the critical travel and leisure industries can be seen through relatively low gas prices, which hit an average of $1.998 a gallon on Wednesday in Florida, according to the AAA auto club.

"Demand concerns --- related to surging cases of COVID-19 --- continue to weigh on the global fuel market, leading to lower prices at the pump," AAA spokesman Mark Jenkins said. "Although U.S. gasoline demand is not nearly as low as it was in April, it remains 9 percent lower than what's common, this time of year.”

The pandemic-caused reduction in travel is also forcing Southwest Airlines to enact the first “involuntary furlough” in the company’s history, with eight unionized material specialists at Orlando International Airport set to be let go on Jan. 11.

Meanwhile, Elite Laundry Services of Florida, an airline cleaning company, advised the state that 130 layoffs announced in March and April are now permanent because there is no definite return date for the work.

“The company hopes the circumstances change and that it may be able to offer employees the opportunity to be rehired,” Elite President Susy Marchesini wrote to the state on Oct. 31.

But the travel and leisure outlook might not be all dire.

With the federal Centers for Disease Control and Prevention giving the cruise-ship industry a framework to resume operations, Royal Caribbean has started seeking volunteers to test new safety protocols.

“While we are eager to welcome our guests back on board, we have a lot to do between now and then, and we’re committed to taking the time to do things right,” the company told Travel + Leisure magazine on Monday. “This includes training our crew in new health and safety protocols and conducting a number of trial sailings to stress-test those protocols in real-world conditions.”

Major cruise ships aren’t expected to operate out of Florida until next year, but the CDC directive replaced a “no sail” order that had been in effect since mid-March.