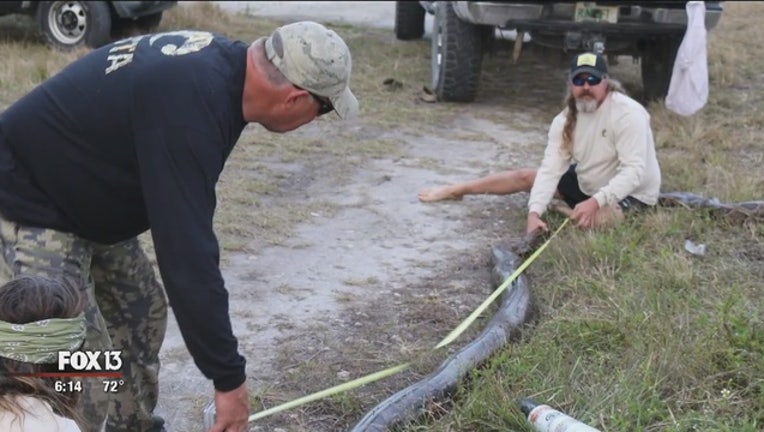 MIAMI (AP) - More than 3,600 Burmese pythons have been captured in Florida under an effort to control the invasive species that wildlife officials say is choking the delicate Everglades ecosystem.

Gov. Ron DeSantis said Monday the Python Action Team had removed 1,000 pythons from the wild. That's on top of the 2,600 removed by the state's python elimination program, which recruits hunters from around the state. Both programs began in 2017.

Last month, a trapper on the action team caught a record-setting python. The 18-foot, 4-inch-long (5.58 meter) female weighed 98 pounds and 10 ounces (45 kilograms). Wildlife officials say it was the largest ever captured at the Big Cypress National Preserve.

Experts say pythons have eliminated 99% of the native Everglades mammals including rabbits, bobcats and foxes, decimating food sources for native panthers and alligators.