TALLAHASSEE, Fla. - Florida Education Commissioner Manny Diaz Jr. on Wednesday gave his staff the go-ahead to "pull" LGBTQ support documents at all school districts after a State Board of Education member asserted that some could violate a controversial new law.

Board member Ryan Petty said he has "grave concerns" about some LGBTQ support guides provided to students, teachers, and school staff members. Petty specifically took issue with one sentence from a Palm Beach County district guide, reading it aloud during a State Board of Education meeting in Pensacola.

"With the very limited exception involving the imminent fear of physical harm, it is never appropriate to divulge the sexual orientation or gender identity of a student to a parent/caregiver without that student’s informed consent," the Palm Beach County document said in a section titled, "Talking to parents/caregivers."

Petty asked the state Department of Education to collect every support guide with the goal of conducting a "review, by this board, to ensure compliance with state law and department regulation."

But Petty was reading an excerpt that already has been removed following a review of the guide by the Palm Beach County school district. A section on talking to parents and guardians was overhauled substantially after the district’s review.

Petty did not name the law that he suspects is being violated, but the Legislature this year passed a controversial measure (HB 1557) that bars classroom instruction about sexual orientation and gender identity in early grades. In older grades, the law prohibits such instruction that is not "age-appropriate or developmentally appropriate" for students in accordance with state standards.

Much of the law, which was formally titled "Parental Rights in Education" by its sponsors but given the moniker "don’t say gay" by detractors, is centered on bolstering parental involvement in "critical decisions" about student well-being.

For instance, school boards are directed under the law to adopt procedures for notifying parents if there are changes in students’ services or monitoring related to the student's mental, emotional or physical health.

"The procedures must reinforce the fundamental right of parents to make decisions regarding the upbringing and control of their children by requiring school district personnel to encourage a student to discuss issues relating to his or her well-being with his or her parent or to facilitate discussion of the issue with the parent," the law said.

The revised Palm Beach support guide also points out that the law allows districts to adopt procedures that permit school personnel to withhold information if it could lead to "abuse, abandonment or neglect" of students.

Diaz immediately signed off on Petty’s request to probe whether any districts’ LGBTQ support guides run afoul of the law.

"I think we hear what board member Petty is bringing up loud and clear, and we will go ahead and proceed with that request and we will pull those (support guides) and Senior Chancellor (Jacob) Oliva will start that process as soon as we get back," Diaz said during the meeting, which was held at Pensacola State College. 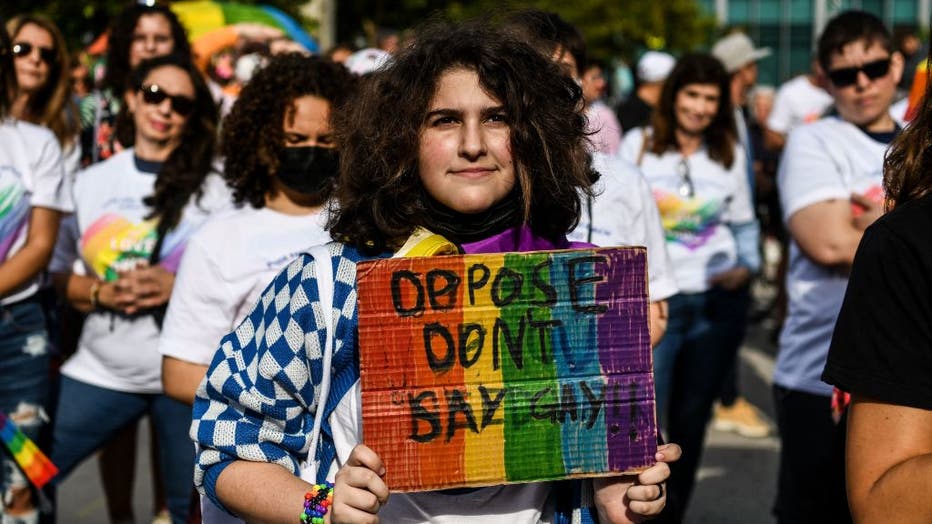 "Across the state, districts have spent years working alongside their communities to create more inclusive school environments, implementing nationally recognized best practices for supporting all students. Now, the governor is politicizing those resources for the purpose of bolstering his election year bona fides. School districts routinely review and update these resources to remain in compliance with all applicable laws and provide the best possible support for students," Wolf said in a statement to The News Service of Florida.

"Equality Florida’s grave concern is for the protection of LGBTQ students. The Department of Education’s record on these issues has demonstrated clear hostility toward those protections," Wolf’s statement added.

Petty’s focus on LGBTQ support guides was spurred by a conversation held by the state board Wednesday as it weighed approval of a new rule regarding student field trips and extracurricular activities.

Part of the rule requires that district procedures include a requirement that parents sign permission forms that include information such as whether "room assignments for overnight lodging are not separated by biological sex at birth."

The state board approved the rule.