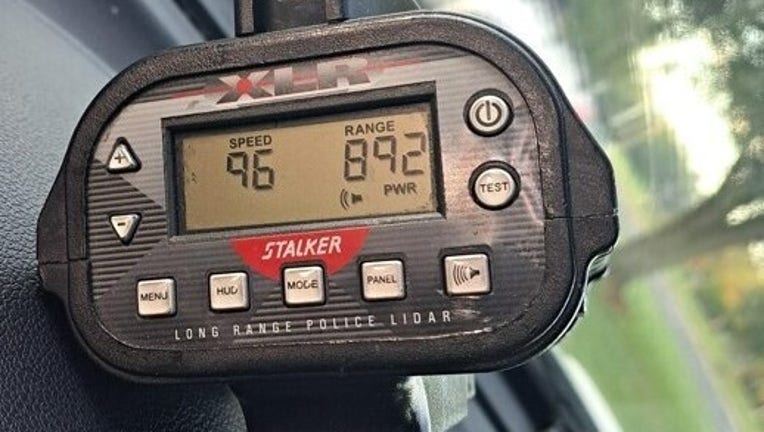 ORANGE COUNTY, Fla. - A Central Florida high school student was ticketed after being caught driving nearly 100 mph in a 45 mph zone. The excuse? He didn't want to be late for school.

In a Facebook post, Orange County deputies showed a picture of their speedometer that clocked the driver at 96 mph on Apopka Vineland Road near Olympic High School. The speed limit in the area is 45 mph.

"He received a talking to and a ticket that comes with a mandatory court appearance," the sheriff's office wrote.

The fine for 30-49 mph over the speed limit is $354 plus any court costs for a first violation, according to the post.

"With less than one year of driving experience, we hope this encounter changes his long-term driving behaviors and prevents any future recklessness. This is a good reminder that nothing - even being on time for school - justifies these speeds and the danger it puts everyone in."