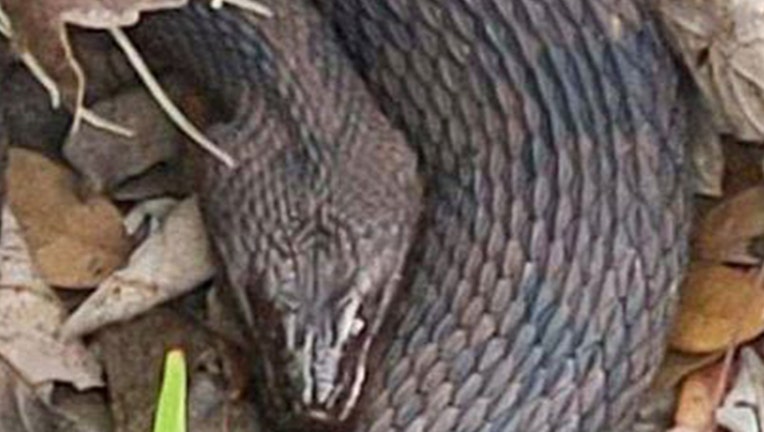 Officials in Lakeland say a number of the reptiles have gathered this week to make love near Lake Hollingsworth.

“They are non-venomous and generally not aggressive as long as people do not disturb them,” the city’s parks and recreation department wrote on Facebook. “Once the mating is over they should go their separate ways.”

The snakes have been identified as Florida water snakes, which “are generally found resting in tree limbs over water or basking on shorelines,” the department added.

“We have put up caution tape in the area and are in the process of hanging signs to make the public aware of their presence,” the post said. “This is for the protection of the public and the snakes.”

It’s also not the first time humans stumbled upon a snake sex party in Florida.

In 2018, a slithering sentinel male python equipped with a surgically-implanted tracking device led the state’s wildlife biologists to what they called a “breeding aggregation.”

“It was intense, it was a lot of snake in one spot,” a biologist told the South Florida Sun Sentinel newspaper at the time.