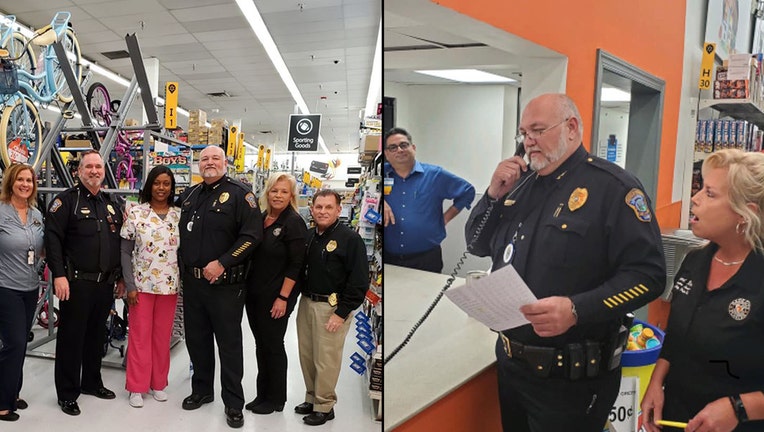 DADE CITY, Fla. - The Dade City Police Department spread some holiday cheer by paying off 26 layaway accounts at a Walmart ahead of the holidays.

"In Dade City we are blessed to have community partners who have graciously donated funding which allows us to give back to our citizens in a number of ways at Christmas time," the department wrote on Facebook.

On Monday, Police Chief James Walters and his staff walked into the Dade City Walmart to help relieve some financial stress for families by paying off 26 accounts totaling $4,300. To make the surprise even sweeter, Chief Walters called each of the families personally to tell them that their balances were zero and that they could come pick up their presents.

"The surprise and joy from the recipients was wonderful to behold. Each call made a lasting memory, not only for the recipients, but the givers, as well," said Chief Walters.