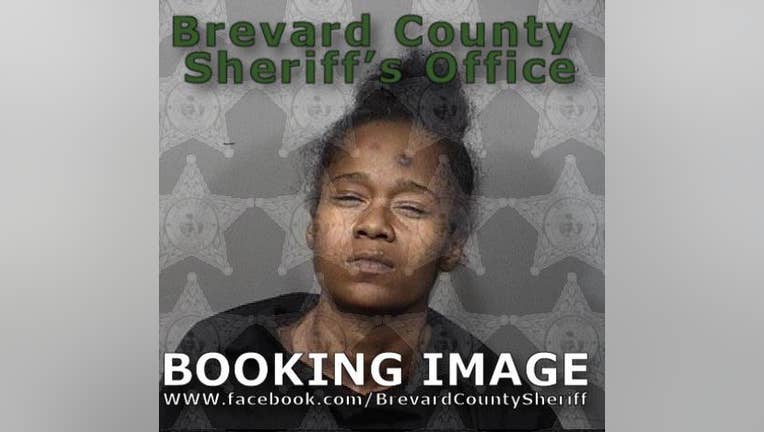 TITUSVILLE, Fla. - A Florida mother has been arrested after a child was found wandering in traffic near a Titusville motel, police said.

The Titusville Police Department said that they received a call in reference to an unattended child wandering in traffic on Saturday night. Upon arrival at the scene, police made contact with the caller, who was still with the child. The person did not know who the child belonged to and was unable to locate any adult or person in charge of supervising the child in the area. They told police that the child was near the roadway and could have walked out into traffic.

They said that the child could not tell them who his parents were or where he was staying. They reportedly searched the motel nearby and could not locate the child's parents or anyone that recognized the child.

Eventually, after an hour of searching, police said that a young female passed out in a bed of the motel was found. The officer woke her and she was able to help police contact the mother of the child, identified as Roxanne Raphael. The mother told police that she was at the store and would return immediately. Meanwhile, the officer found an infant in the untidy room, laying in the bed with a blanket covering his face.

Police said that Roxanne was placed under arrest for three counts of Child Neglect and one count of Contributing to Delinquency of Minor.