Criminals are using a new device to illegally access the fuel pump to change how much gas costs, so they are filling up for a fraction of the price.

TAMPA, Fla. - Two Tampa men are among a group of suspects facing felony charges for allegedly tampering with gas pumps and stealing fuel. State officials are sounding the alarm about an uptick of this piracy at the pumps.

It is a crime that is hard to spot when crooks illegally meddle with the parts inside fuel dispensers to steal gas.

"They're changing the pulsar, which reads how many gallons and how many dollars that you're paying for the fuel," explained Ned Bowman, Executive Director of the Florida Petroleum Marketers and Convenience Store Association.

Instead of paying hundreds, it only costs dollars to fill up.  The thieves drive off with gas they did not pay for, defrauding the station out of money.

"It changes the price but keeps the gallons the same, so they can change the amount that they're being charged down to a nickel or down or a penny a gallon, and they could pump 100 gallons," Bowman said. 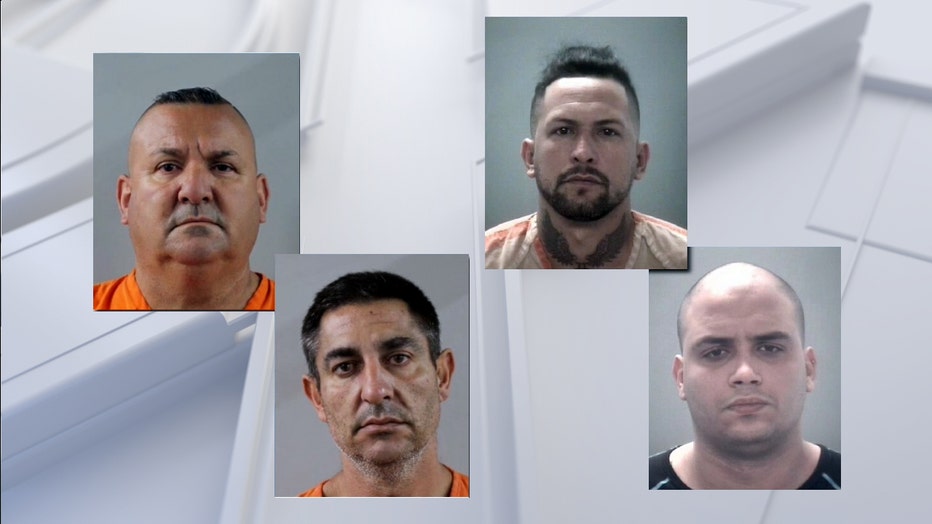 Officials say this type of manipulation is a serious issue they want to put the brakes on.

"We got a report that there were some individuals in one part of our state that was stealing gas," said Florida Commissioner of Agriculture and Consumer Services, Nikki Fried.

Investigators with the Florida Department of Agriculture and Consumer Services Office of Agriculture Law Enforcement arrested four suspects last week for attempting to tamper with the gas pumps and steal fuel in Pasco and Polk counties.

According to arrest paperwork, Rogelio Llerena and Yulier Garcia-Martinez were busted on March 12 while filling up a large gas tank in the back of a pickup truck at a gas station in Lakeland.  The Orlando men were seen illegally accessing the inside of the fuel pump. Officials say Garcia-Martinez even had a homemade device in hand to manipulate the pulsar.

"This is illegal and you will be charged with a criminal offense if you are doing this," Fried said.

On March 10, Yordian Diaz-Benitez from Tampa was seen by investigators using a pulsar manipulation devise to steal diesel fuel at a gas station in Lutz. Two days later, Marlon Rosel-Rodriguez was nabbed attempting to install a device at the same location.

All four suspects are charged with multiple felonies.

Officials say they are cracking down on crimes at the pumps, trying to stay one-step ahead of the criminals.

"Anytime you have fuel theft, it's a major problem," said Bowman.