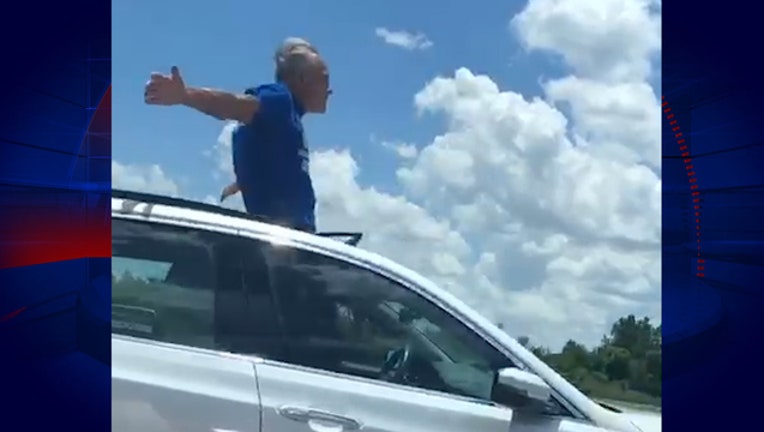 LAKE MARY, Fla. (FOX 35 ORLANDO) - A Florida man has been charged with reckless driving after he was spotted standing through an opened sunroof of a moving vehicle, as it was traveling down Interstate 4.

The incident, which happened in Polk County, was captured on video by an off-duty sheriff's deputy.  That witness notified authorities to be on the lookout for a white Cadillac.

A trooper with the Florida Highway Patrol spotted the Cadillac on U.S. Highway 98 and conducted a traffic stop. The driver, identified as 70-year-old Leonard Olsen, Jr., of Lakeland, was taken into custody after admitting it was him standing through the sunroof of his vehicle while the cruise control was activated.

The report goes on to state that Olsen told the trooper, "Lock me up, I'd rather go to jail [than] go back home.'"