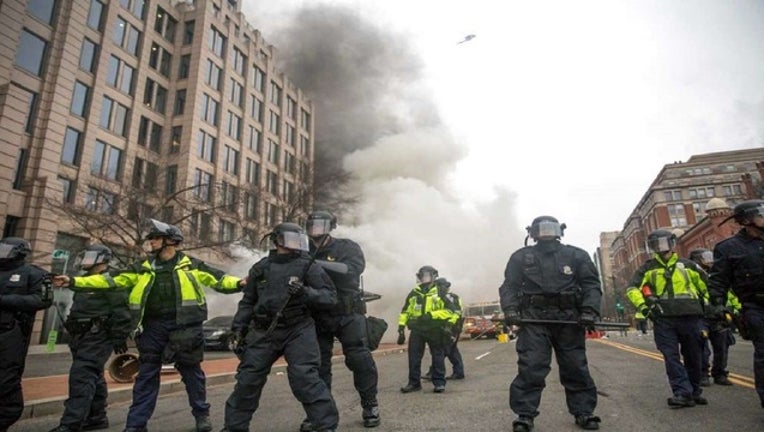 WASHINGTON (AP) - The first person to plead guilty to charges related to riots that broke out during Donald Trump inauguration was sentenced to four months in prison on Friday.

Dane Powell of Tampa, Florida, pleaded guilty in April to felony rioting and assault on a police officer. He was also ordered to complete two years of supervised probation.

Prosecutors have said Powell was one of more than 230 people arrested after self-described anti-capitalists broke windows and set fire to a limousine in the nation's capital on Inauguration Day.

Court documents say Powell admitted to being part of a group of rioters who moved 16 blocks over a period of more than 30 minutes on Jan. 20. Prosecutors say he also admitted to participating in breaking windows at two businesses and throwing a brick, large rock, or piece of concrete at uniformed law enforcement officers during the riot.