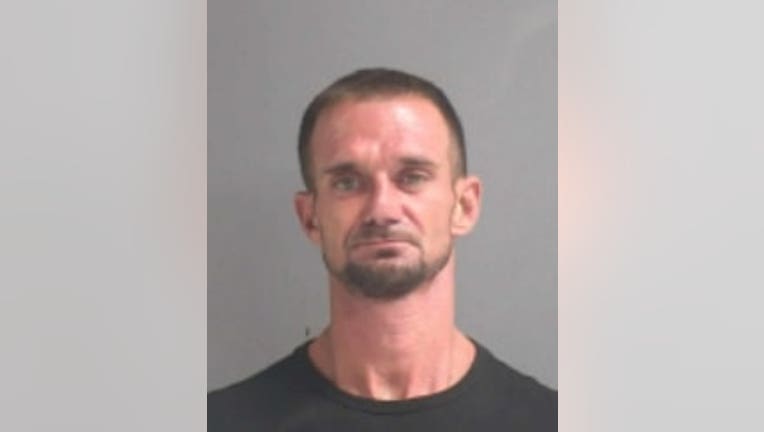 DEBARY, Fla. - A Volusia County man was arrested after deputies say he was driving while under the influence and crashed with three children in the vehicle with him.

Larry Bryant, 37, is facing several charges, including DUI, child abuse and possession of fentanyl, according to an arrest affidavit.

On Friday, Volusia deputies responded to Highway 17 92 at Debary Plantation Blvd. in DeBary to assist with a crash involving a possible DUI. The deputy on scene said the driver, Bryant, showed signs of impairment and that his pupils were pinpoint "which is common with someone who is under the influence of an opioid," the affidavit stated. The deputy reported that Bryant was sweating profusely and was "rocking back and forth."

When asked to step out of the vehicle, the deputy reported that Bryant told them that he only had a couple of drinks and he was a recovering addict. Bryant also would not take a field sobriety test or agree to a urine test, according to the affidavit.

In the car were three children – two of them were 7-years-old and another was 8-years-old. All three were uninjured. One of the children reportedly told deputies that she had to shake Bryant "multiple times" to wake him up while he was driving before the crash.

When deputies searched the vehicle, the report stated that a substance was found that tested presumptively positive for fentanyl.

Bryant was taken to the Volusia County Jail with bond of $29,000.