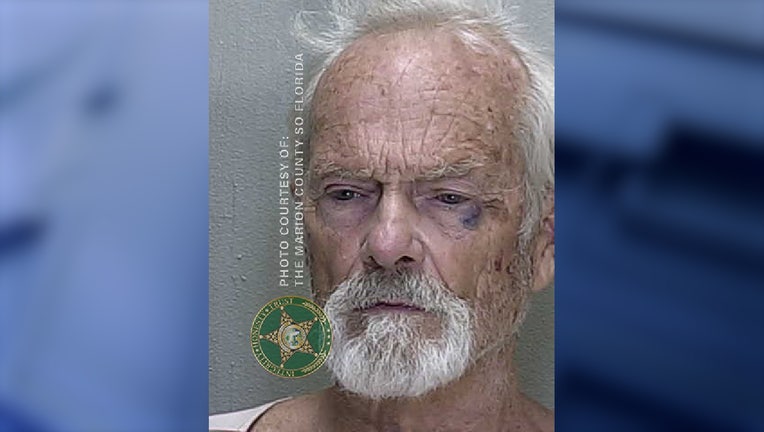 MARION COUNTY, Fla. - An 82-year-old Florida man has been arrested on murder charges in the death of his wife in late July, according to the Marion County Sheriff's Office. Ronald Foreman is facing a second-degree murder charge along with several counts of battery after deputies responded to 911 calls of an "elderly male laying in a retention pond and striking himself" on July 26, arrest records state.

Deputies said they arrived at the neighborhood near 18151 SE 2nd St. and placed Foreman under arrest for allegedly battering several people in the area.

A resident told deputies he went to check on Foreman's wife and discovered her body in the home. The resident also told deputies that Foreman had been knocking on their door at "all hours for the past several days," arrest records state.

Deputies said they found a knife laying on top of the blanket Foreman's wife's body was covered with. An autopsy determined Foreman's wife's cause of death was a homicide. An affidavit also states that blood stains were found throughout the home during the investigation.

While in jail, Foreman told other inmates that he had killed his wife, according to the arrest report. Deputies also noted that Foreman may suffer from mental health issues.