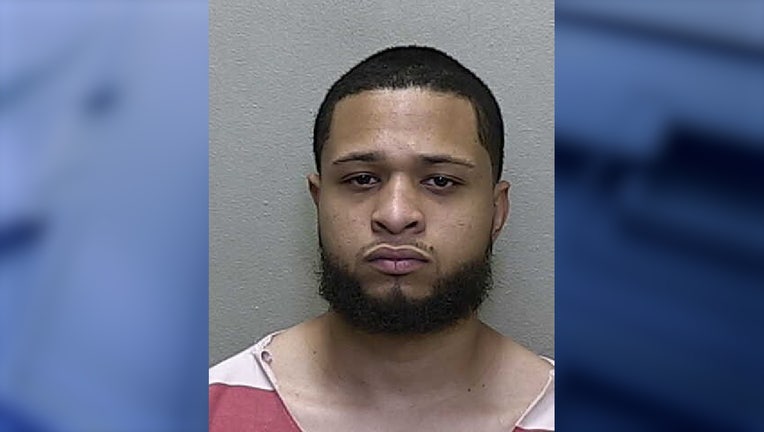 MARION COUNTY, Fla. - An Ocala man was arrested Thursday after a man he allegedly gave fentanyl to last year died of a drug overdose, according to the Marion County Sheriff's Office.

Authorities said the victim, later identified as 26-year-old Marcus Lane II, of Ocala, was found dead Oct. 12, 2021 with a plastic bag of pills located next to him. A medical examiner confirmed Lane died of a fentanyl overdose.

During an investigation, detectives found text messages between Lane and 20-year-old Marquis Rosado, discussing the sale of drugs, the sheriff's office said in a news release. The text exchange reportedly happened on the same day Lane died.

Is Revenge of the Mummy open at Universal Orlando Resort? Here is what we know about the late summer opening

According to witnesses and surveillance video, Rosado drove to Lane's house and provided him with drugs a few hours prior to his death. Rosado was taken into custody on Jan. 6, 2022 on several charges, including drug trafficking and possession.

Deputies said Rosado was later indicted by a grand jury on a first-degree murder charge in Lane's death after laboratory analysis of the pills found near him revealed they were fentanyl.

He was taken to the Marion County Jail and is being held without bond.