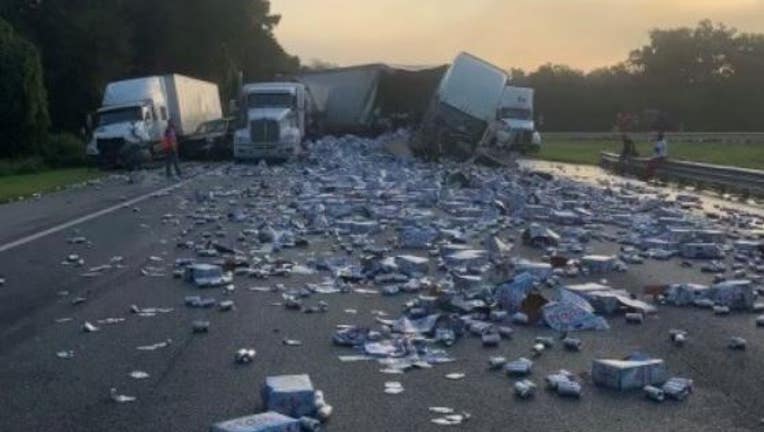 BROOKSVILLE, Fla. - A Florida highway had to temporarily close Wednesday after a semitrailer carrying cases of Coors Light crashed and turned the roadway into a silver sea of beer cans.

The multi-vehicle crash occurred shortly after 6 a.m. in the southbound lanes of Interstate 75 about 30 miles (48 kilometers) north of Tampa, the Florida Highway Patrol said in a news release. 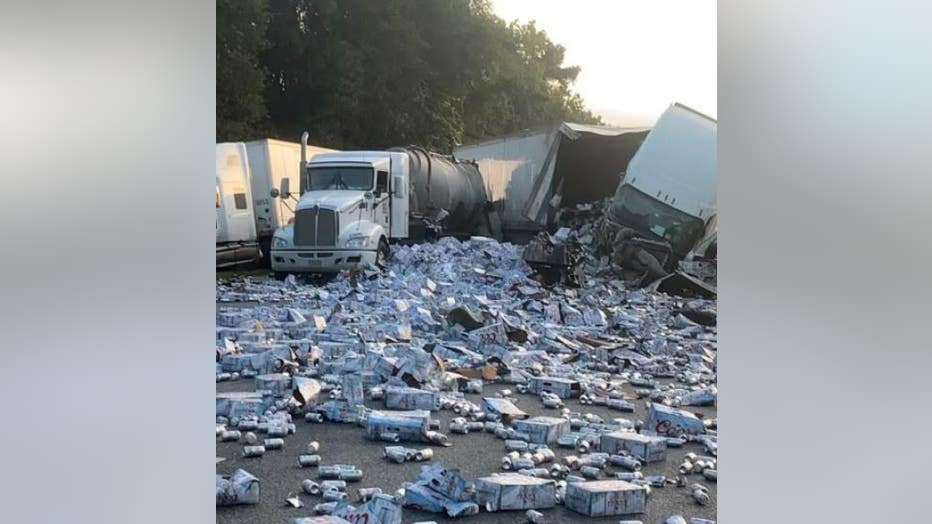 The pileup began when one semitrailer clipped another while changing lanes, officials said. That forced other semis to brake, but one failed to stop and collided with a pickup truck and another one of the stopping semis.

The semi that failed to stop was filled with cases of the Silver Bullet beer.

Minor injuries were reported by the occupants of the pickup truck, the news release said.

The inside shoulder and travel lanes were opened to traffic by 8:30 a.m., and the rest of the roadway was reopened around noon, troopers said.