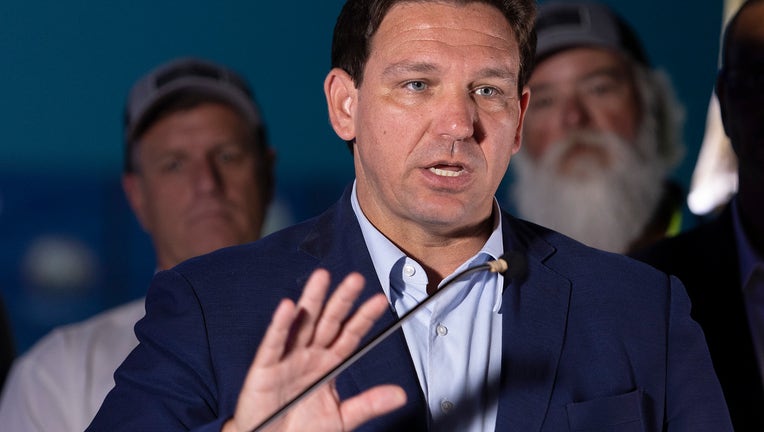 TALLAHASSEE, Fla. - Gov. Ron DeSantis’ net worth dropped just over 8.5 percent in his third year as the state’s chief executive.

Listing the $134,181 he made as governor as his only income, DeSantis reported a net worth of $318,987 as of Dec. 31. DeSantis filed the financial disclosure last week at the state Division of Elections as part of re-election campaign documents.

State candidates and elected officials are required to file annual disclosure reports that typically detail their finances as of the end of the prior year.

DeSantis listed assets at the end of 2021 of $202,980 in USAA checking and savings accounts; $89,066 in a thrift savings plan, a type of retirement savings and investment plan; and $48,226 in the Florida Retirement System.

DeSantis, who lives in the governor’s mansion and listed no real-estate holdings, sold his Ponte Vedra Beach home in March 2019 for $460,000, according to St. Johns County property records.

Democratic gubernatorial candidate Charlie Crist, a congressman from St. Petersburg, posted a net worth of $1.956 million as of Dec. 31.

When Crist last ran for a statewide office in 2014, his net worth was reported at $1.25 million.

In a disclosure report filed Monday, Crist reported just over $2 million in investments and money in bank accounts, along with a 2005 25-foot Trophy Fisherman Center Console boat worth $45,000.

Agriculture Commissioner Nikki Fried, who is competing with Crist for the Democratic gubernatorial nomination, had not filed a new disclosure report as of early Tuesday afternoon.

Reports from Republican state Chief Financial Officer Jimmy Patronis and Republican Attorney General Ashley Moody, both seeking re-election, also had not been posted on the Division of Elections website.

Senate President Wilton Simpson, a Trilby Republican running for agriculture commissioner, filed a disclosure that showed a net worth of $22.5 million as of Dec. 31, down nearly 28.6 percent from a year earlier.

Simpson has seen his net worth fall more than 32 percent since becoming Senate president in 2020.

In the new report, Simpson listed assets including Simpson Farms in Trilby, worth $10.934 million. He also listed a one-third ownership in the limited liability company Belly Wadding as being valued at $592,179. Belly Wadding’s major source of income is listed as NOSNAWS Corp., which owns IHOP restaurants in Florida.

Simpson’s money-market accounts and other intangible property totals fell from $6.9 million in 2020 to just under $6.3 million at the end of 2021.

In addition to $39,021 in income from the state, Simpson reported drawing $1.65 million from Simpson Farms. $1.25 million from environmental safety company SES Hold Co. and $22,058 from Belly Wadding.