VENICE, Fla. - A Davenport firefighter, a Sarasota paramedic, and a Venice PD marine officer conspired to carry out an elaborate pregnancy reveal, surprising both of the baby's grandmothers with the good news.

Brian and Annamarie Whalen recently moved closer to the coast from Davenport in Polk County, where Brian is a firefighter. The couple recently bought a new boat and decided their maiden voyage would be the perfect scene for them to tell their mothers that their 14-month-old daughter would soon be a big sister.

But they wanted to add a little element of suspense.

Last weekend, Brian put in a call to the Venice Police Department to arrange the surprise. It turned out, Venice PD had the right officer for the job.

Marine Patrol Officer Paul Joyce was already scheduled to help another couple with a gender reveal later that day, so he offered to squeeze the Whalens into his schedule. 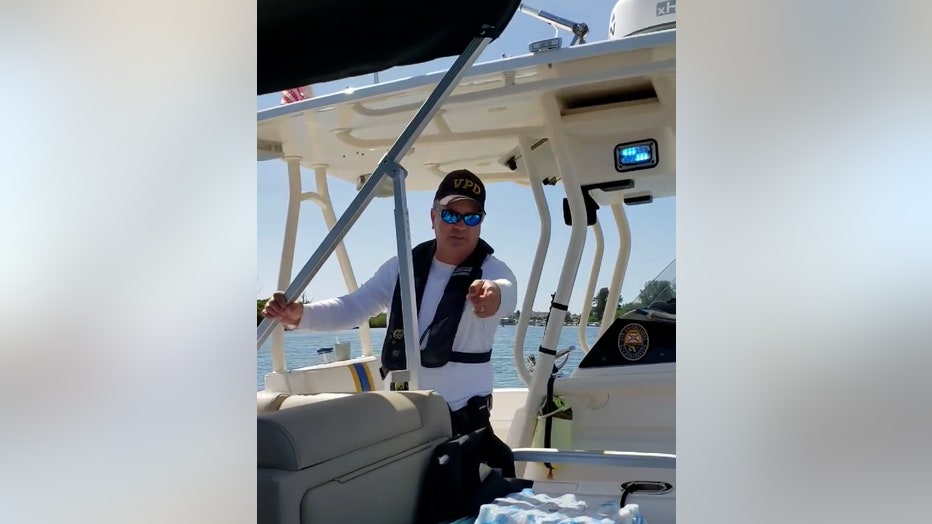 Brian said they had just launched from the dock when Officer Joyce flashed his lights and stopped their boat.

Annamarie recorded video as the interaction played out.

Brian began showing Officer Joyce the gear they had onboard -- life vests for everyone (even their dog), a fire extinguisher, a noise device, and other items every boater is required to have for safety.

But Officer Joyce didn't seem satisfied, saying he was going to write Brian a "courtesy warning."

He told the family it seemed they were missing one life vest -- for an infant. 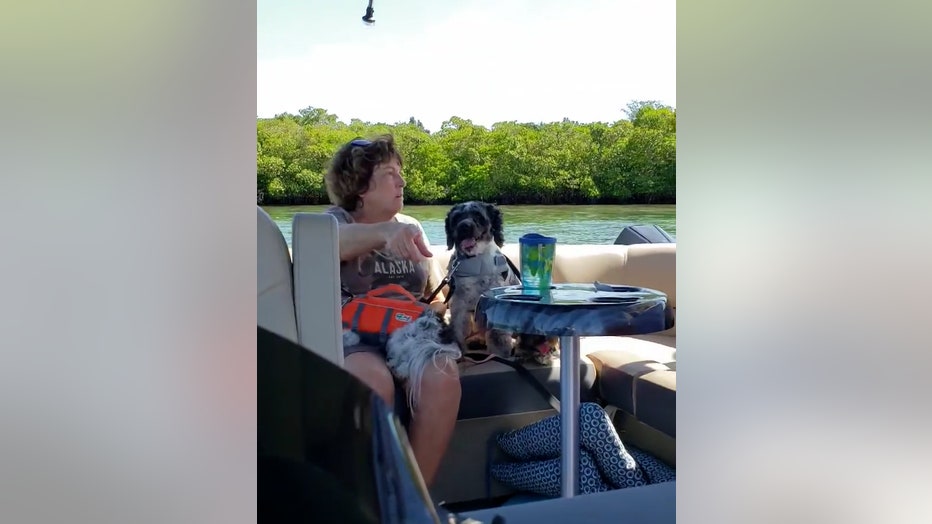 Brian's mother insisted her family was compliant with all safety precautions

Annamarie panned the camera to her mother-in-law, a former math teacher, who was sitting in the back of the vessel.

Calmly, Brian's mother pointed to the baby sitting with Annamarie and said, "she has one on."

The officer smiled and said "Yep, I see that. But we still have another infant onboard," displaying a piece of paper for both grandmothers to see, "according to this ultrasound." 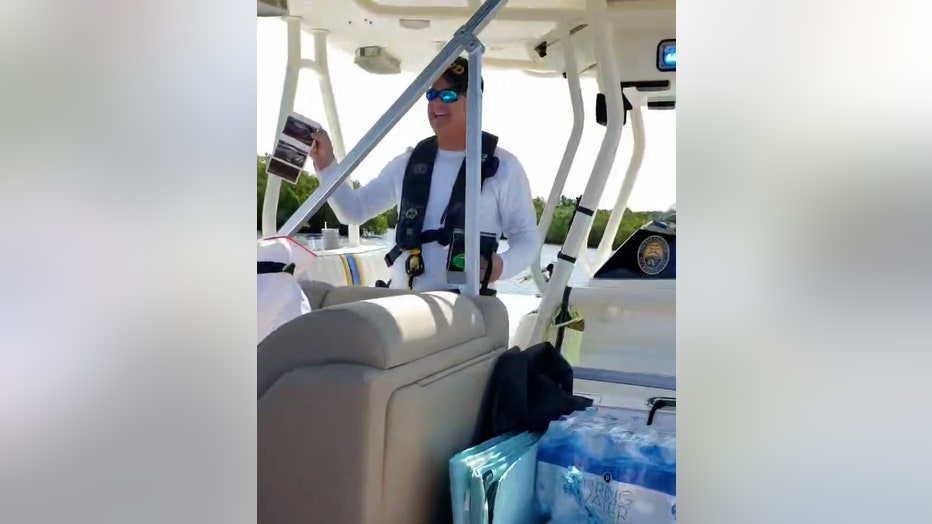 Officer Joyce holds up on ultrasound, revealing the couple is pregnant with their second child.

The camera panned back to Brian's mother, who took a beat to realize what was going on.

"Awwww you turkeys!" she exclaimed, repeating the phrase several times. 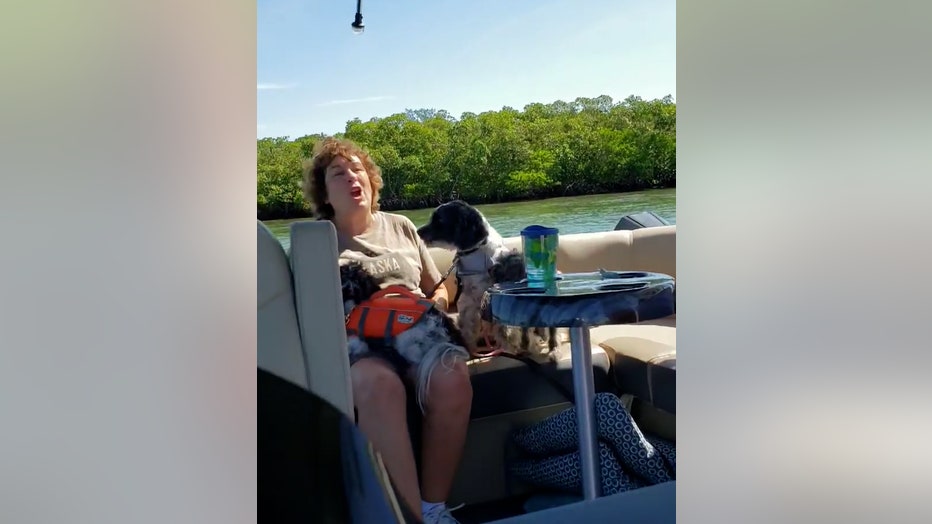 Brian's mother screamed, "you turkeys!" when she found out the news

The officer congratulated the couple and thanked them for including him in their big day. 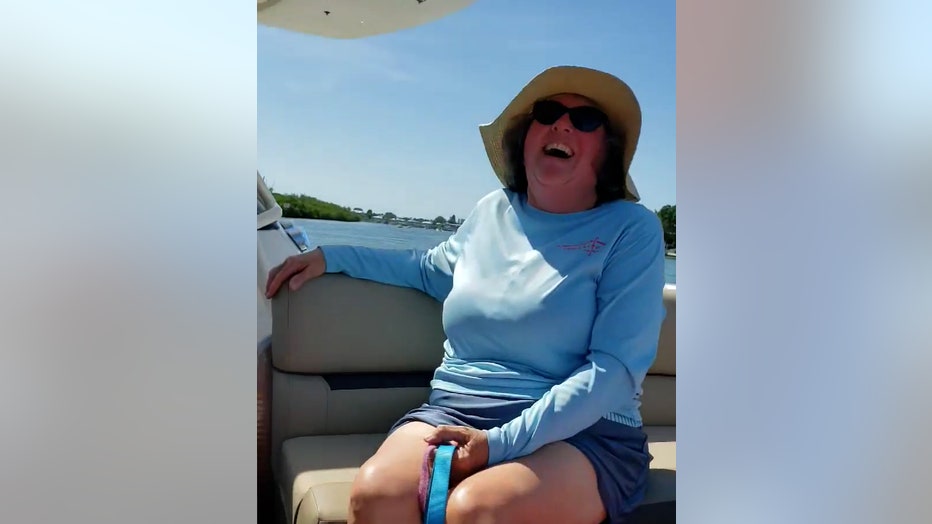 Annamarie and Brian will welcome their second baby to the family around March 2023. Until then, Annamarie will be at her new job as a paramedic in Sarasota.