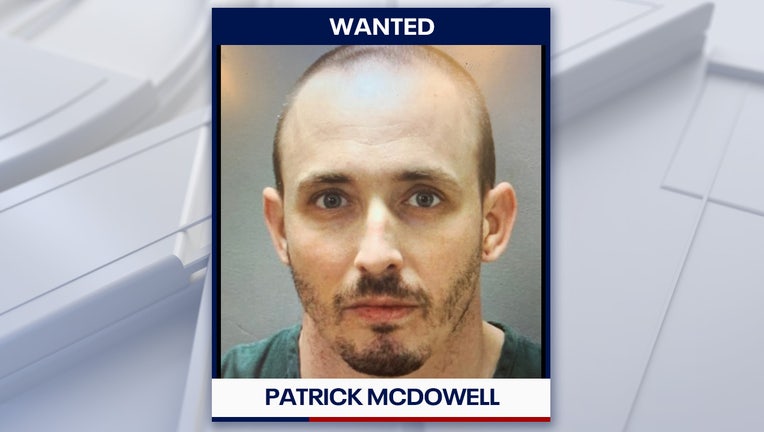 CALLAHAN, Fla. - Editor's note: A previous version of this story contained an incorrect suspect age and suspect images that were provided in error by law enforcement.

In the middle of a traffic stop in north Florida, a deputy was shot and critically injured, sparking a manhunt for the suspect.

The shooting occurred in Callahan – located in Nassau County – about 20 miles away from Jacksonville. Now, authorities are searching for 35-year-old Patrick McDowell. He is 5 feet and 10 inches tall. Authorities say he fled from the shooting scene and should be considered "armed and dangerous."

The Nassau County Sheriff's Office has since identified the victim as 29-year-old Deputy Josh Moyers.

The shooting occurred around 2:30 a.m. near Micker Street in the Callahan area of U.S. 301. Deputy Moyers was taken to UF Health Jacksonville, where he has life-threatening injuries.

Sheriff Bill Leeper described Moyers’ condition as "very critical" and said, "we’re not sure if he will make it," according to FOX 30.

The station said the sheriff was visibly emotional as he asked the community to pray for Moyer’s family, and said the deputy was planning a wedding with his fiancée.

The newspaper reports that McDowell, the suspect, is a Marine veteran.

There was a second person inside the vehicle with McDowell during the traffic stop. That individual remained at the scene and is cooperating with investigators, according to WJXT.

FOX 30 reports that Florida Highway Patrol, Jacksonville Sheriff’s Office and Atlantic Beach police are involved in the search for McDowell.