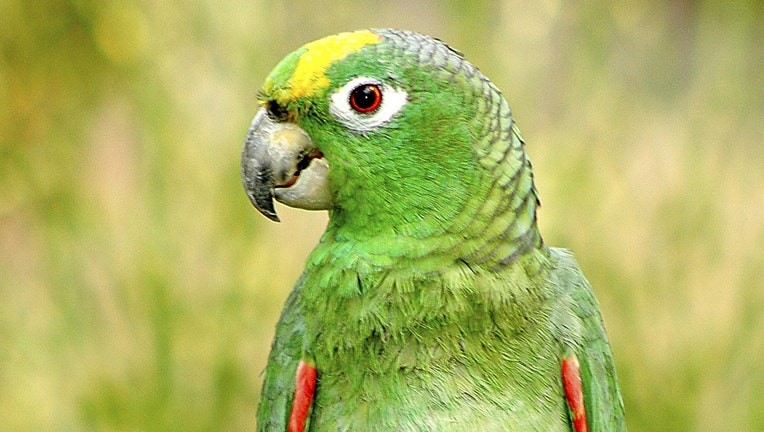 LAKE WORTH, Fla. - Florida cops paid a visit to a home after receiving reports of a woman screaming, only to learn that the noise wasn’t a woman in need of help --  it was the homeowner’s pet parrot, who had a lot to say.

Police arrived at a couple’s Lake Worth Beach home just before New Year’s Eve, after a neighbor called the authorities over the concerning pleas for help, according to ViralHog.

MORE NEWS: Disney World, Disneyland now offering 'Baby Yoda'-inspired cocktails — but only if you know where to look

Home security footage shows the husband fixing his wife’s car as four deputies approach the driveway. His 40-year-old parrot, Rambo, is heard yelling “help” and “let me out!”

The unidentified man then called out the parrot’s name and went to fetch him to introduce the squealing culprit to deputies.

“Rambo, meet the boys in green,” he said, before showing the men some of Rambo’s tricks.

The man revealed that the parrot’s yelling is something he taught him when he was a child.

“Sometimes Rambo yells ‘help, help, let me out.’ Something I taught him when I was a kid and Rambo lived in a cage,” the man said.

Though the man was startled by his visit from law enforcement, he said “we all had a good laugh” after the fact.

He also took Rambo to meet the concerned neighbor to explain everything.

“Afterward, I also introduced Rambo to the neighbor who called in the screaming. She, too, had a good laugh,” he added.

GET MORE UPDATES ON THIS STORY FROM FOXNEWS.COM.