A couple whose dog went missing on New Year's Day was surprised to find it hiding and trapped under their home after it sought refuge from fireworks.

"Ruddy", a healthy, hearty 12-year-old dog, suddenly disappeared from a College Park home on the first of January. Alan and Eloise Breus said they had no idea where their four-legged family member went. They searched the neighborhood on foot and by car. Neighbors pitched in to look as well. But, no luck.

The couple went to bed with no clue what had happened to their beloved dog. Then, on Thursday, Alan heard a sound. A scratching noise coming from underneath the floor. He called to Eloise and they ran outside only to discover that 60 pound Ruddy scurried under the house during the many firework shows in the area and got stuck. 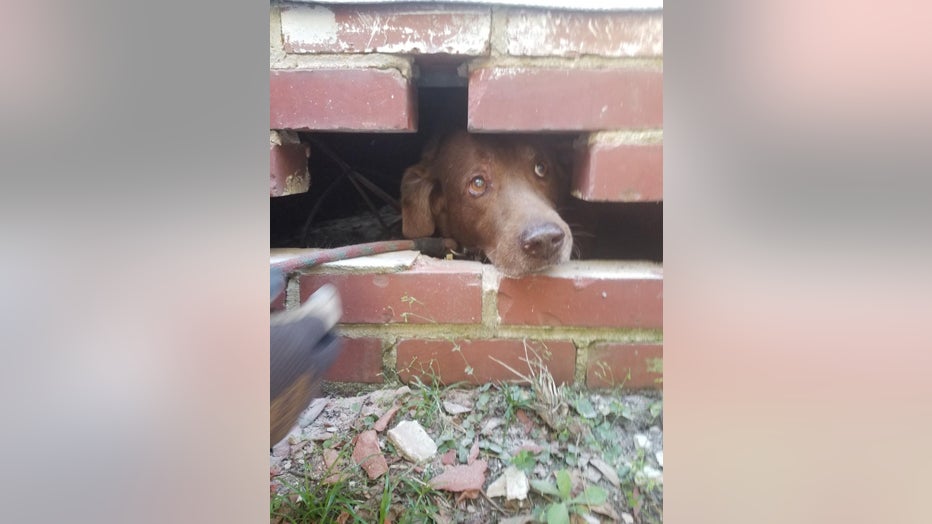 The couple called Orlando Fire and Rescue and to the rescue, they came.  Firefighters had to break out several bricks around the base of the house to free the dog from the tiny crawl space. The Breus' say Ruddy is resting comfortably and their family has been restored, thanks to the efforts of the Orlando Fire Department.