As President-elect Joe Biden's inauguration draws closer, officials are warning state Capitols across the U.S. to be prepared in case of protests.

ORLANDO, Fla. - State Capitols are bracing for impact after the FBI warned to expect armed protests.

"Essentially, the Capitol grounds, outside and inside are essentially a crime scene," said Acting U.S. Attorney for Washington, D.C. Michael Sherwin.

Now, there's concern there could be 50 more crime scenes at the Capitol buildings in each state.

Governor DeSantis says he won't allow it to happen in Florida.

"This stuff is happening in our country. We just have to understand it, and I don’t care why you’re doing it, you’re not doing it here," he said.

Florida lawmakers are preparing for the weekend. The state Senate President Wilton Simpson sent a memo to Florida Senators Tuesday, saying it is "very likely that we will have protestors outside the Capitol" this Sunday. He urged staff to work remotely.

Senator Linda Stewart, of Orlando, says she may even close her office for a few additional days next week. 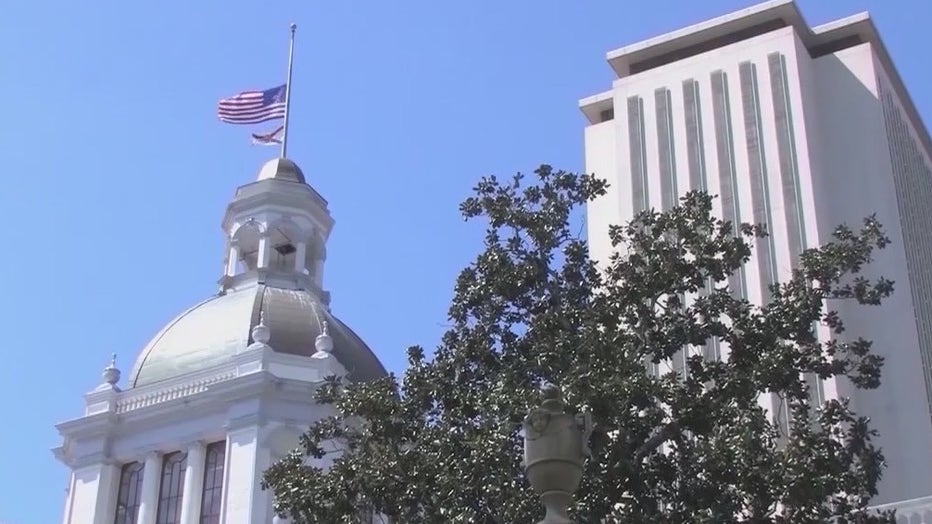 "When you see what had happened in D.C., they weren’t expecting that to happen either and it did. So, you can’t be too cautious," said Sen. Stewart.

Sen. Stewart praised Senate President Simpson on reinforcing additional security in the last week, including five officers in each committee meeting and an officer on each floor of the Senate.

A spokesperson for the Speaker of the Florida House told Fox 35 the House Sergeant of Arms has been in contact with Capitol police and they will be prepared to maintain safety and order at the Florida Capitol complex.

Senator Stewart hopes so. Like many other lawmakers, she says they can't let protesters or rioters bully them.

"The business of the state has to go on. We can’t just stop what we’re doing."