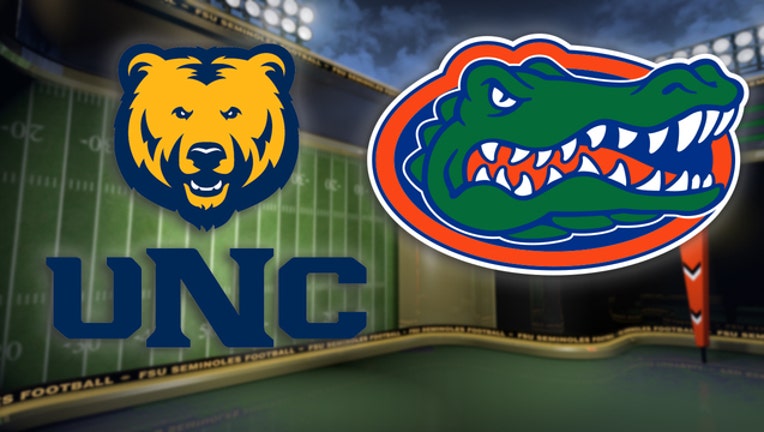 GAINESVILLE, Fla. (AP) - The University of Florida has canceled its football home opener against Northern Colorado because of impending Hurricane Irma.

Florida athletic director Scott Stricklin said Thursday that it "become obvious that playing a football game is not the right thing to do."

The game will not be made up.

Officials initially had moved the start time of the game in Gainesville from 7:30 p.m. Saturday to noon, but Stricklin says it became clear that getting to and from the game would create more problems for a state preparing for a Category 5 hurricane.

He also noted that gas and water supplies are at critical levels.

Stricklin says "the focus of our state and region needs to be on evacuations and relief efforts."