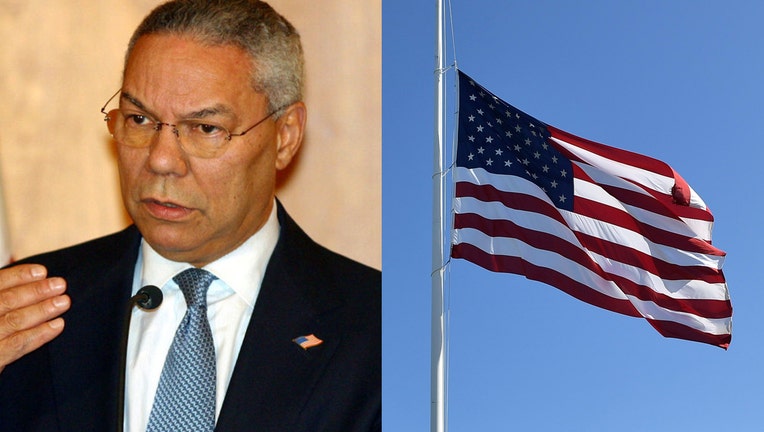 Governor Ron DeSantis ordered flags to be flown at half-staff this week at state and local buildings to honor former U.S. Secretary of State Colin Powell.

Powell died Monday at age 84 due to complications from COVID-19. The former U.S. secretary of state had been fully vaccinated, according to a statement on Facebook. He was receiving treatment at Walter Reed National Medical Center in Maryland.

In addition. Powell’s longtime aide Peggy Cifrino said he had been treated over the past few years for multiple myeloma, a blood cancer. The Powell family’s social media post did not address whether Powell had any underlying illnesses.

The Governor’s order was similar to a directive issued by President Joe Biden to lower flags to half-staff at federal facilities, including the White House. Flags will be at half-staff until sunset Friday.

A memo from DeSantis described Powell as an "American patriot."

Powell, an Army general, was the first Black secretary of state, chairman of the Joint Chiefs of Staff and national security adviser.